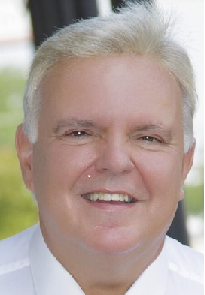 In an interview I did with Orgeron and former LSU Tiger halfback/now broadcaster Jacob Hester, I asked Orgeron about playing for the National Championship.

“Playing for the Southeastern Conference title and the National Championship is our goal each year,” Orgeron said. “As long as I am here at LSU those two goals are always going to be what we shoot for. But when was the last time I spoke to you about playing for a National Championship in May? Remember, it was before the summer of 2004 when I was at USC. We had a great team, tremendous coaches and great focus and determination to win the National Championship. You got a deep memory bank so you will remember this. I really feel if we don’t get a bunch of injuries to key players at one spot we will be playing for the National title in New Orleans in January. We have a tough schedule, this is the SEC so you know the competition, we have some hurdles to jump in getting some key players healthy and we have to beat that school a little out East of us (Alabama), but I feel strongly about this team this year. If I didn’t feel that way I wouldn’t tell you that.”