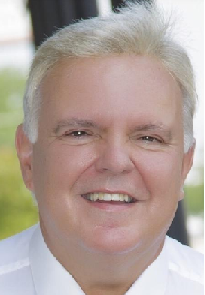 On the first night of the NFL Draft, the New Orleans Saints selected Michigan offensive center/guard Cesar Ruiz with their first overall selection.

I have always believed that Ruiz is a starting center prospect in the NFL. The center position will eventually be his spot with the Saints, even though they traded back into the second-round last year to select Texas A&M center Eric McCoy.

It will create another move to put McCoy at right offensive guard to eventually replace veteran Larry Warford.

Former New Orleans Saints offensive tackle Zach Strief, who is now the Voice of the Saints on WWL Radio 870-AM, said that he also believes Ruiz is best suited for the center spot, but maybe not in 2020.

“Reading your scouting report, seeing television tape on him and hearing different things about Cesar Ruiz, he looks best suited for the center spot, but there is something to consider here in 2020,” Strief said. “No one knows what training camp will look like and how many timing sessions he will have with the other linemen to work on getting that rhythm correctly. Last summer we all saw at times Eric McCoy was still holding the ball and the other four linemen were up the field. It’s not necessarily about the timing of Drew Brees and Ruiz, but Ruiz with the other four linemen to work as one. Drew will make the calls and adjustments upfront, but it is the timing of the others with a rookie center that is unknown at this time. Everyone has to be on the same page. If this was a regular training camp and you had the OTA’s, rookie sessions and the regular time to work with the other linemen, Ruiz would probably be slated to play center, but without anything concrete about how practices will be held before the season, I’m not sure Sean Payton wants to give Drew Brees a rookie starting center back to back years.”

Reggie Bush on being drafted by Saints

Off The Bench Overtime: Can the Saints fix their problems vs the Vikings? ft. Nick Underhill