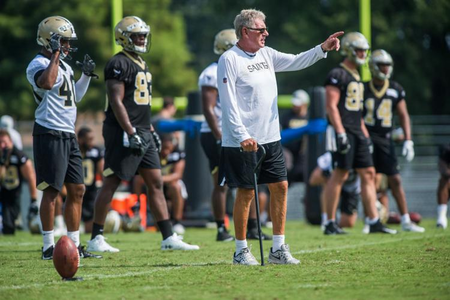 Mike Westhoff doesn’t overcomplicate how he evaluates his team’s performance.

The Saints special teams guru keeps an eye on 12 categories to judge how his team is performing. There are a lot of different things that could be broken down and ranked, but the coach looks most closely at punt return, kick return, gross punt, net punt, field-goal percentage and starting field position both offensively and defensively.

“Starting field position, which to me is the most important thing,” Westhoff said. “You can look at touchback or touchback percentage, but if a guy catches it five deep and doesn’t get very far then, that’s a good play for you. I look at where you’re ranking in those 12, and we’re pretty good. We’re right at the top.”

Westhoff wasn’t wrong about looking “pretty good” in those categories. The team ranks highly in many of them and should be considered one of the best units in the league if these are, indeed, the most critical areas. ...