Military Recruiting and Moral Waivers - If You Ain't Gay, There's a Way! (1 Viewer)

Offline
Got a letter in the mail.
Go to war or go to jail.
And it won't be long,
Till I get on back home

My recruiter told me a lie.
"Join the Airborne and learn how to fly."
But it won't be long,
Till I get on back home.
- Old U.S. Army marching cadence.

I can appreciate the fact that military recruiting in the midst of an unpopular war is difficult. I can even appreciate the need to alter minimum standards in order to make it easier to fill the ranks. But &#8220;moral waivers&#8220;? (thanks to K.Z. for the tip)

A CBS4 investigation shows how the U.S. Army is accepting more applicants with criminal records, including drug problems, through a system of &#8220;waivers&#8221; to bypass regulations.

With a high demand for soldiers in Iraq and Afghanistan, the Army has struggled to meet its recruiting and retention goals in past years. However, in the 2006 fiscal year, the Army exceeded its goal by enlisting 80,635 new troops&#8230;. The factors for an increase in enlistment include the change of the age limit from 40 to 42, a lowering of aptitude test score standards and an increase in what the Army calls &#8220;moral waivers.&#8221;

The CBS affiliate in Denver decided to put these &#8220;moral waivers&#8221; to the test, seeing exactly who would qualify to receive one. A woman who claimed to have a marijuana possession record, for example, was told, &#8220;You could still be an officer with that. It may slow it down a bit &#8230; it requires a waiver.&#8221;

Upping the ante, the CBS affiliate sent another person into a recruiting station, claiming he was a gang member.

At first, he was told the Army doesn&#8217;t accept enlistees who were gang members, but then the senior officer stepped in.

&#8220;You may have had some gang activity in the past and everything, ok, and that in itself does not disqualify you,&#8221; he said.

Wash your PT socks and use some deodorant and you won't have that problem. 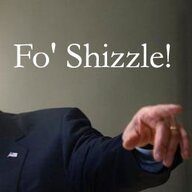 Offline
A woman who claimed to have a marijuana possession record, for example, was told, &#8220;You could still be an officer with that. It may slow it down a bit &#8230; it requires a waiver.&#8221;

This is what most of us Officers, that have seen the Army at it's moral best - in our opinion - are disgusted about. Dad, why did you pull the stats on this? Too depressing.

Offline
I can accept an underage possession charge. Kids do stupid things that doesn't necessarily reflect their ability to lead when they are more mature adults. But waiving gang membership? Especially when there has been problems with gangs infiltrating the Army in order to steal weapons? Come on now. That's stupidity on the part of the system.
OP
OP

Saintshizzle said:
Dad, why did you pull the stats on this? Too depressing.
Click to expand...

Awareness, my friend. Keeping informed is half the battle.

Offline
"I smoked in Amsterdam," the recruiter said. "Since I've been in the Army, I have smoked, but you can't smoke all the time because you will get busted."

(CBS4) DENVER A CBS4 investigation shows how the U.S. Army is accepting more applicants with criminal records, including drug problems, through a system of "waivers" to bypass regulations. 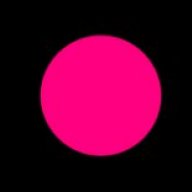 DadsDream said:
"I smoked in Amsterdam," the recruiter said. "Since I've been in the Army, I have smoked, but you can't smoke all the time because you will get busted."
Click to expand...

I'm looking into my crystal ball and see one recruiter having a very shortened career now. 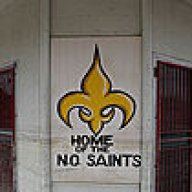 Offline
In the words of Chris Rock, "If they wanna fight, let em fight, cuz I aint fightin" 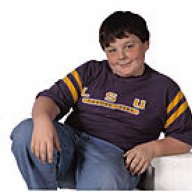 Offline
thats proboly why mostly men are in the army but it is still strong.

Offline
As a current active duty Air Force recruiter for 11+ years, I could chat for hours on the topic of Military Recruiting.

Over 95% of recruiters currently recruiting in the Air Force are "volunteers" who elected to come into the sales position and do their best.

Unfortunately, the Army requires a good number of soldiers who are making a career in the service to serve in a hard to fill, special duty position such as recruiting, Drill Sergeant, etc... for a minimum of 3 to 4 years so they can progress in rank/position.

Never in my 11 years have I every had an enlistee walk into my office and say "I want to join the Air Force so I can be a recruiter. Sales has to be something you want to do - not forced to do. If your heart isn't 100% into what you do - will you really be the best ?

Breaching integrity is never good in Sales and in the long run only hurts your reputation and makes your job more difficult within the community. I feel for my fellow service members who have established recruiting goals, unwanted stress & the need to keep the US Army with manning to meet mission requirements.

Not making excuses by saying what took place in Denver was warranted, just sad that our current "Generation Me" young adults don't have the patriotism to serve a nation that will give them so much more in their lifetime. If it takes waiver kids to win a war.....hopefully the change of lifestyle will get them on a more productive path/future !

Offline
Let's not pretend that this is only an Army problem. I've seen this type of thing in the Air Force as well. If a recruiter from any branch is in a notoriously difficult area to recruit from, he/she will eventually fell pressure to meet the quota and some will do anything to meet that quota.
I have seen kids come with waivers for criminal records (drugs, assault), education (flunked out of high school), learning disability (kid couldn't read. He sent to Sylvan) and various other things.
In each of the last 5 years I have seen kids come in that could never get a security clearance. Unfortunately, my career field requires a clearance. They are useless to us without one.
Let's not kid ourselves here.

Offline
With all due respect DannyDitka, I have to side with staphory on this one. Through my 8 1/2 years of active and current 8 1/2 years of Reserve duty I've seen a good many young troops make it through the recuiters office when they shouldn't have been given the time of day.

Oh...and staphory...you'd be shocked as to what is being allowed to make it through background checks nowadays as well. I remember when you couldn't look sideways and get so much as a Secret. Today? I've seen people get TS clearances with all sorts of problems. It's scary dude. Seriously.

Offline
Where as an otherwise healthy, patriotic non-drinking homosexual with no arrest record doesn't even get to fill out an application....

....unlike just about every other job in America.

Why do we continue to hamstring the good people we already have in the armed forces by making them work with an increasingly unfit work pool? If this was a private business, you wouldn't have this problem. Hey, maybe....