Offline
My boss has 2 tickets in Section 145 and he's asking $275; face value is $290 per seat. Private message me or send an email to djandkecia@yahoo.com 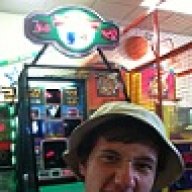 No longer true with the Saints new tiered ticket pricing. Face value varies depending on the "value and expected demand of each game".

Offline
I have had season tickets for 14 years. Each ticket has the same price on it for each game. I hope you get what you want for the tickets, but the only tiered pricing is on the NFL ticket exchange.

Sunniesdad39 said:
I have had season tickets for 14 years. Each ticket has the same price on it for each game. I hope you get what you want for the tickets, but the only tiered pricing is on the NFL ticket exchange.
Click to expand...

Sorry, but you're wrong. While I cant say for certain that your specific tickets are tiered, I have seen tickets in plaza, terrace, and loge that are, and have yet to see any that are not.

Sunniesdad39 said:
I have had season tickets for 14 years. Each ticket has the same price on it for each game. I hope you get what you want for the tickets, but the only tiered pricing is on the NFL ticket exchange.
Click to expand...

blupony is right, the organization has switched to a tiered pricing for the 2016 season onward. You should've gotten a letter from Michael Stanfield (Senior VP of Sales for the Saints and Pelicans) with your season ticket books outlining it. If you didn't, here's what it says...

"For the upcoming season, we have introduced variable ticket pricing for each of our home games in order to better reflect the value and expected demand of each game, both pre-season and regular season. Variable pricing, or tiered ticket pricing, has been used to assign prices to individual games within your season ticket package. Variable ticket pricing best matches the ticket price with the demand of that particular game, using factors such as opponent, day of the week and time of the game. Rest assured, your annual season ticket cost will remain unchanged from the amount you have paid despite the move to variable pricing. This is a trend that has been successful for numerous teams in the NFL and reflects a more reasonable snapshot of the true value of your investment in New Orleans Saints season tickets and a benchmark from which to price the few individual tickets we have available for each game after required visiting team and NFL holds are released back to us. As in past years, the sale price of the individual ticket is always higher than your price for each game, ensuring you receive the greatest value for being a Season Ticket Holder."

They all add up to the $2,000/seat in those sections. People always complained about "having to pay full price for pre-season exhibition games". So basically what they did instead of lowering the season ticket cost was move the "excessive" cost of the preseason games onto the more desirable games (this year, the Falcons, Seahawks and Broncos).

In turn, they can also charge even more for the individual tickets returned from the visiting team and NFL allotments.

Offline
Thanks for the information. I didn't even open my ticket book when I received them in the mail. I just put everything in the safe till the season started. I guess the Saints want us to feel good about paying so much for the pre season tickets you can barely give away when you can't make a Thursday night game. Good luck in selling the tickets. I may have some for sale myself.

Offline
Nobody and I mean NOBODY really believes a ticket to a preseason game is worth $100 unless you're sitting with a supermodel.
Show hidden low quality content