FA:
Boss Bailey OLB
he s better than Shanle but has had some injury issues, he is pretty fast for a LB
Randy Starks DT
we needto bring a little youth to the DT position

Draft:
Round 1) Dominique Rodgers-Cromartie CB Tennessee State
With the great combine that I expect him to have, he is just too interesting to pass up on.

Round 2) Jerod Mayo MLB Tennessee
With the combine he had I'm not even sure if he will be here, but everyone already knew he was pretty fast, so he could be availible at 40 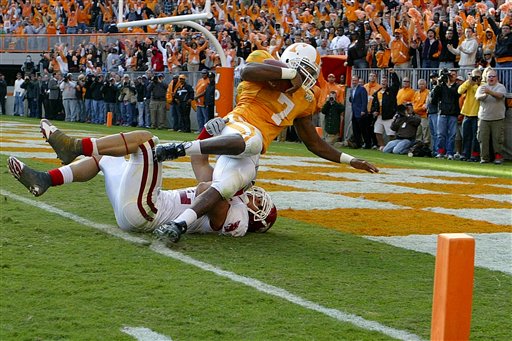 Round 3) Eddie Royal WR/KR VT
He looks like he can make a difference on special teams and offense for us, with his speed he becomes a weapon right away.

Round 4) Jermichael Finley TE Texas
He probally should't be here but he didn't really stand out at the combine and other Tight Ends passed him up which might bring him down into the 4th, but he is a very athletic TE with a ton of potiential.

Round 5) Dominique Barber FS Minnesota
Marion Barber III's brother, and I think he can be a successful FS for us, and a lot better than Josh Bullocks

Round 6) Letroy Guion DT Florida State
He might be big enough to take Hollis Thomas's place when the time comes, but wither way he will add depth and youth to our DTs

Round 7) Martel Van Zant CB Oaklahoma State
it will be a great story if he is successful in the league, he is deaf, but I believe he can still prform in the NFL, he wants to be a pro let's give him the chance

Anthony Hoke DE/OLB Cincinnati
he will imrove our pash rush

Kurt Hout DT Ferris State
he is a div. II school player and I think he can improve our pass rush up the middle. He is fast for a DT

Xavier Lee QB Florida State
a QB with speed we an bring him in to see what he can do.

Jake Ikegwuonu CB Wisconsin
injured and may haveto sit out the year because of it but we can put him on IR, if he comes back healthy he can make an impact

Offline
Not bad, I think we can do better than Boss Bailey
Show hidden low quality content