Drew Brees tosses 5 TD's to go along with 424 yards in a
dominating victory that leaves the Raiders searching for answers.

Reminiscent of the Saints destruction of the Lions to open the 2009 season,
everything clicked from the first play, when Marcus Murphy took it 64 yards to the delight of the deafening crowd.

Two plays later, Brees found Coby Fleener on a seam route and the route was on.

More impressive than the O, however, was the ball hawking and gang tackling D.
Led by Roman Harper's two sacks, it was a day when everything g that could go wrong, did go wrong for the black and silver.

Even new kicker Will Lutz got in on the fun, contributing 12 points while converting on all 4 attempts.

Even with all of this, the best thing about this game was seeing Drew standing comfortably in the pocket, looking off safeties left and right, and delivering BB's to the tune of 28-32.

It was a beautiful thing to hear the Who Dat chant ringing the entire 4th quarter
in the Dome, with former Saints Rickey Jackson, Wes Chandler, Scott Fujita and Marques Colston standing on the benches, waving towels and really getting into the celebration. 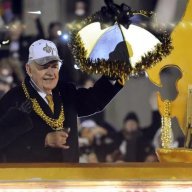 Offline
I could deal with that!

Offline
It's getting late, long day...but I had to do the head lift-n-cork twice while reading and re-reading the first two lines...

Yes, it would be nice if that's Monday's headline. 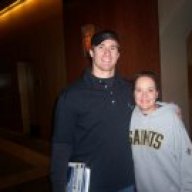 Offline
I have a prediction on the score and I'm not saying what it is until after the game, but I wrote it down and let's say yours is in the ballpark of mine.

Offline
Defense carries saints to win but Brees out for season
As he was eaten by Khalil Mack.

Offline
Too many field goals in that story. 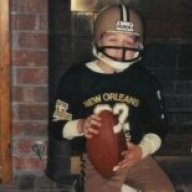 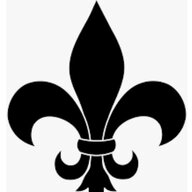 I see the bottom feeders have shown up. Must be nice finally going into a season having the hope you're not going to be the very worst team in the entire league after decades of anchoring that spot. 3rd or 4th worst is going to be much better for you. You guys may be a little better than the browns, titans, and possibly Jags although that last one maybe not.
Show hidden low quality content