movies that you finally watched and they didn't live up to the hype or expecations. (1 Viewer)

Online
2 movies that I have always heard are amazing and I should watch, I have finally watched over this quarantine.

Both, I just didn't find that funny. I'm sure if I would have watched them in my 20s I would have laughed way more. I just don't think they have withstood the test of time.

Any movies that you have found to have occurred to you?

Online
Did you watch the made for TV version of Fast Times at Ridgemont High, or the uncut version?

The original does not cut when Phoebe Cates takes off her top. That alone should make it worthwhile.

I agree though theres not much to rest of the movie. Except for the Jeff Spicoli/Mr. Hand scenes. It was basically fun YA movie for those who came of age in the 80s, maybe early 90s. The further away you get from the 80s, more dated it feels.
OP
OP 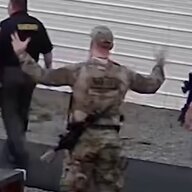 Online
blazing saddles is entertaining, but i kinda agree. i don't think it is close to the hype. i love mel brooks, but spaceballs and robin hood men in tights, are both far superior.

Online
also, there are several movies i haven't liked compared to positive reviews. unfortunately, i am not in the right frame of mind to list them.

Online
I think some movies just cant be taken out of their time context. Blazing saddles may be one of those that you would have to appreciate the irreverence for that period.

examples of both types

The Graduate - IMO did not age well

One Flew Over the Cuckoos Nest - if you don't pay attention to the 70s clothes then that movie could be set in any mental ward in any era.


Have a couple of good friends who love that movie, after years of them referencing it, i finally watched it, and i was... underwhelmed.. I think a lot of it is that when you watch a movie 20 or 30 years after it’s released, it just loses something.. i mean, just imagine watching Back to the Future today for the first time- the music, the skateboarding, the fact that I’m not a teenager like Marty anymore but a middle aged person- all that would combine to make it just ok.. i love it, but partly why is becuase it takes me back to the first time i saw it (twice) in an actual theater in New Orleans East... There are a few movies that hold up well over the decades, where a viewer might be impacted as much as someone who sees it upon first release- but those are very, very rare.

Offline
Anything by Quinten Tarantino not named Reservoir Dogs or Pulp Fiction.

gavinj said:
Anything by Quinten Tarantino not named Reservoir Dogs or Pulp Fiction.
Click to expand...

Django Unchained is an amazing movie.. though Once Upon a Time in H’wood, while i tried so hard to love it- left me very disappointed.

Mr. Blue Sky said:
Django Unchained is an amazing movie.. though Once Upon a Time in H’wood, while i tried so hard to love it- left me very disappointed.
Click to expand...

I watched Django Unchained the other day for the first time. I was hopeful, but honestly it was like most of his movies for me. About an hour too long and kind of stupid. That’s not to say that I thought it was terrible, I’ve certainly seen many worse films. But yeah, not amazing in my book.

gavinj said:
Anything by Quinten Tarantino not named Reservoir Dogs or Pulp Fiction.
Click to expand...

Online
i find that most comedies don't live up to the hype....

Dago said:
I am watching John Carpenters Body Bags right now and it lives up to all the hype

Not that I have ever seen or heard of any hype on it
Click to expand...

Dear God Mark Hamill is in this

Edit: and he is getting the brown eye

gavinj said:
I watched Django Unchained the other day for the first time. I was hopeful, but honestly it was like most of his movies for me. About an hour too long and kind of stupid. That’s not to say that I thought it was terrible, I’ve certainly seen many worse films. But yeah, not amazing in my book.
Click to expand...

Im very curious to know- on what platform did you watch it? Ive seen it on a few times lately on basic cable, where it’s edited and overdubbed, etc- and i dont even bother to watch.. Django is a movie where you have to see it in it’s original form, cuss words, nudity, violence and all, to get the full power and impact.
Last edited: May 5, 2020

Yeah, didn’t like any of those films. Inglorious Basterds and Django Unchained I found pretty taxing, some good parts to be sure, but overall pretty ridiculous takes on history and suffering from the same cliches- tense conversations at tables, punctuated by unrealistic gunplay finishing with a grand explosion. Kill Bill 1 and 2 was just sort of a weird pastiche.

The recent Tarantino film I found the most successful is the one few talk about and most Tarantino fans don’t like that much - The Hateful Eight.
Show hidden low quality content