Offline
I will try to make this short and sweet!

-A buddy of mine called me right before I was scheduled to fly back to ATL (I am in the AF and stationed about 100 miles south in Warner Robins) and said he had an extra ticket to the game, and asked If I were interested in going (like I was gonna say no). I flew in Saturday night, and got a room at the Westin, figuring that would be close to the stadium and was reasonalbe $$.

-As I was checking in, I saw Deuce McCallister hanging out in the lobby. I had no idea the team was staying there. I went up to my room, unpacked, and went back down to the hotel bar for a drink. I saw Coach Payton in the lobby, talking with many different groups of people, signing authgraphs, and just all around having a good time. I thought it was great of him to spend time with the fans. Payton seems like a genuine good person.

-On the morning of the game, many fans were down in the lobby catching players as they were heading out for the bus for autographs. Joe horn came down, looking pimp if I may say, and signing every authgraph request and posing for every picture. I thought it was a nice gesture.

-Almost all players were pretty cool. I had a good time seeing all of my favorate saints players. It was an experience I will never forget.

-And that the saints crushed the dirty birds was the icing on the cake.

Offline
Really sounds like a great time. Glad to see the players and Coach connect with the fans.

Offline
I stuck around after the games by the busses along with about 100 other Saints fans including many of the players families.

I got the autograph, of Michael Lewis, Joe, Reggie, And Duece. Brees never showed up. I spoke with each of them. Michael Lewis is a class act, no questions act, he is living the dream, loving every minute of it, and respecting what he has. He really appreciates his fans. I let Duece know that I appreciated all of his fantasy points, and he told me "no prob man".. How much is that 1 inch think diamond bracelet that he wears worth? I told Joe that he has a hard life taking care of all of us fans, he said "Did you say I had a hard wife". I said no Joe, a hard life. Anyway that was funny. I also got to talk to Reggie for a minute or so, he was just standing there waiting for his ride, no police, and no fans around him. It was just Deuce, Charles Grant, Joe and Reggie waiting for a ride (They must have stayed in Atlanta before catching a plane). Reggie was a really nice guy, I told him I would give him a ride in my Durango and he said haha nahh but thanks. I have a whole new perspective of all the "stars" on the team now. An all around excellent experience!! 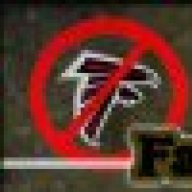 Offline
Joe is cool. I got his autograph a couple years ago after the last Saints-Cowboys game in New Orleans. He was leaving the player's lot in his Mercedes and waited while I crossed the street to get his autograph.

Offline
I agree that we must have the classiest professionals in the world. I had the chance to meet several of the players after the Panthers game (at LSU) last season. Despite all of the Katrina problems, and especially the uncertainty of returning to Louisiana, all the players were humble and catering to us fans. Beerman must be my favorite. He's always cracking jokes and does everything possible to accomodate his fans. Joe is always dapper. Even Donte and Aaron were class acts. All of this after a loss and with grave uncertainty ahead. I love the Saints. Can't imagine any of them flipping us off.
Show hidden low quality content