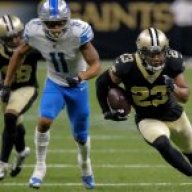 Offline
After a tough loss, I needed something to keep my mind preoccupied so I ranked my off-season needs.

I think we can all agree the first four are the biggest needs. It is just how you arrange them is how we differ.

Linebacker, in my humble opinion, is by far the most important need for the Saints this off-season. We saw good things from most of our current linebackers, especially A.J. Klein, Manti Te&#8217;o and Alex Anzalone. However, as we saw this year we became very depleted causing players like Michael Mauti and Gerald Hodges to end up player meaningful stats. We need another starting linebacker. What is good is our linebackers are so versatile it does not matter whether we draft or sign an outside or inside linebacker. I would prefer to draft a young, athletic, talented linebacker to learn from Klein or Craig Robertson.

Ever since Benjamin Watson left for Baltimore (God I miss him), the Saints have struggled with the tight end position. They signed Coby Fleener only for him to end up being a bust. Josh Hill flashes sometimes but he far from consistent. And Michael Hoomanawanui is mainly a blocker. Maybe the Saints have something in Griffin but who knows? The Saints need a talented pass-catching tight end who can make splash plays in the middle of the field. Whether find it in the draft or free agency does not matter. We just need it now.

Michael Thomas stepped up this year and is beginning to be recognized as elite receiver by the wide NFL. However, after that, the Saints lack another reliable target. Ted Ginn Jr. was very good for us as a deep threat and his dropping troubles seem to be fixed, thank you Curtis Johnson. Willie Snead IV was a major disappointment while Brandon Coleman was quietly impressive, although he did randomly start having fumbling troubles. Both are free agents. The Saints simply need another weapon who is reliable on third down. Who knows maybe the Saints resign Willie Snead and becomes the player he used to be. Only time will tell.

The ranking of this need is dependent on one thing: Alex Okafor. If the Saints resign Okafor, then this need becomes less important. If not, it becomes more important. I would like to give time for Trey Hendrickson and Al-Quadin Muhammad more time to develop as pass rushers. I would rather use a later round draft pick or sign a lower price guy to work as a rotational pass rusher. We did get to the quarterback quite often.

Drew Brees is a free agent this off-season and that is something to worry about. However, there is mutual interest and I&#8217;m sure resigning Brees is at the top of the list for Mickey Loomis. Chase Daniel did not play great in the preseason but the Saints might just resign him as depth and we still don&#8217;t know what we have in Taysom Hill. Don&#8217;t be shocked if the Saints decide to use their first round pick on a quarterback to learn behind Brees.

Vonn Bell and Marcus Williams&#8217; rise may leave Kenny Vaccaro being seen as expendable. We&#8217;ll see what Loomis does with Vaccaro this off-season. Chris Banjo was great for us this year as a special teamer and when called on he is decent enough at safety. We still need to add someone act as more depth. It does not need to be a high draft pick or an expensive free agent. Just a player with good play recognition and a good football IQ. Also, I would advise the Saints to resign Bush as depth as well.

Cornerback became one of the biggest needs for the Saints last offseason to one of their strengths this offseason. This was due to Marshon Lattimore&#8217;s electric play as a rookie and Ken Crawley as a solid number two cornerback. P.J. Williams also was a very solid nickel corner. However I would like one more solid corner to act as depth due to Hardee and Maulet mainly being special teamers. Also, I wonder what the Saints are going to do with Delvin Breaux this offseason.

Terron Armstead and Ryan Ramczyk form one of the best tackle duos in the entire league. Zach Strief missed all of this year due to an injury and I fully expect Strief to retire this offseason. Aside from Armstead and Ramczyk, the Saints do not have much else. The Saints need a viable tackle backup mostly due to Armstead&#8217;s continued injuries. That would keep Andrus Peat at guard which he is far better at.

Larry Warford and Andrus Peat both played great this year to help round out our talented offensive line. They were key to our amazing run game. However Senio Kelemete and Josh LeRibeus are both free agents this offseason. If I were the Saints I would do everything in my power to make sure retain both of their services. With how much our offensive line get injured, they are very important. If either of them leave the Saints are going to have to look for a cheap replacement or they are going to have to draft someone else.

This is by far the deepest position on defense. Sheldon Rankins, Tyeler Davison and David Onyemata form a rather scary defensive tackle trio. Mitchell Loewen was actually playing pretty well before he got hurt. I don&#8217;t see much happening with the defensive tackle position this offseason.

Max Unger was a Pro Bowl caliber center this year. Aside from Ingram and Kamara, he was the person most responsible for our fantastic run game. As mentioned earlier LeRibeus and Kelemete are both free agents. They need at least one of them to return in the offseason.

The running back position for us is more or less set for us. Mark Ingram and Alvin Kamara combine to be one of the best running back tandems of all time. As we saw in the Buffalo game, Trey Edmunds can make splash plays. However, the fullback position is something to look at. Both John Kuhn and Zach Line are free agents. What I expect to happen is the Saints resign Zach Line while Josh Kuhn retires.

Not much to say here. Wil Lutz and Thomas Morstead are awesome. The Saints should resign Zach Wood because he is a solid long snapper.

Leave you thoughts below!!! 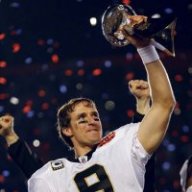 Offline
I think we mainly need LB, DL, and TE. Not necessarily in that order.

Offline
good write-up King.......my order of importance would be - lb wr te cb ol qb.....but then it all depends on best player available when it's the saints turn to pick.

Online
Looking at that list and it seem very manageable. Brees is the only priority first and foremost. The other can be work out. One person I would want back as second is probably Kelemente. The others can be let go without missing a beat. In fact most of those free agent was put on IR during the season. So we learn to play without them.

Online
From your list I would go 2,3,1 in that order. Our offense is producing well, but it could be better with the addition of a nice new wr and TE. Our defense is fine, they are just super young (I want to say that they are the youngest unit in the NFL), so they will get better, but the addition of a new linebacker to compete with Anzalone, and maybe a new pass rusher would go a long way in making this unit a top 10 unit game in game out.

Offline
OLB and DT are priorities on defense if you ask me.

Anzalone and Klein are 2 starters, we need another solid starter

We also need more push up the middle on the defensive line. Hopefully Fairley comes back and can alleviate that issue. If not then we need a DT

Another absolute need is a TE.

Offline
Alex Okafor... could someone realistically come back 100% from an achilles injury? 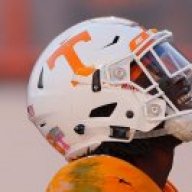 Offline
If our Oline continues to be as solid as they were this season then we should be in great shape. I would put OL at my #1 need just because depth on the oline is way more important to our success than a TE for example. Could you imagine where our season would have been at if we lost one or 2 more OL to injury?
OP
OP

Zztop said:
Alex Okafor... could someone realistically come back 100% from an achilles injury?
Click to expand...

Absolutely. Players have come back from it before. 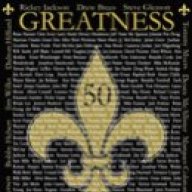 The key is really staying healthy. It doesnt matter who we draft or pick up in FA if they aren't on the field.

Offline
Kelemete is going to be hard to resign. I think he proved this year he&#8217;s capable of being a starter. Some team is going to want to offer him starter money.

Offline
After watching Terron Armstead play the second half of the game on pretty much one leg Sunday depth on Oline should definitely be considered.

They had no one else to put out there.

The team doesn't need near as much help as in the past years but there are 3 or 4 spots where a player or two and some decent depth would help tremendously!!

I never use injuries as an excuse because it happens to every team but 22 players on IR didn't help things at all this season.

Offline
This is a excellent assessment of what we have and what we need. It's appreciated.

IMO what I want for next season are the "Big Three":

A dynamic TE who can catch, run, pass protect, and run block (is that possible)

We desperately need another DE to work with Cam and Hendrickson even though we
have/may have Oakafor retuning and Muhumad; depth is still needed.

And a solid OL pick in this draft mostly because of Armstead inconsistent reliability.
I really like that giant tackle from Notre Dame Mike McGlinchey and/or Quenton Nelson who is a guard.

Offline
I think we could use one more legitimate pass catching option at either WR or TE. If TE, I would prefer to draft one for the contract ramifications. If I had to choose between picking a WR or TE, I would pick a veteran WR who can work the slot, to compliment Thomas and Ginn.

We will need to add depth to the Offensive Line, which seemed to be a juggling act all season.

Wouldn't mind if we sought out a dominant piece at DT or DE to compliment what we already have.

I do not think LBer is a huge priority, as suggested by OP. I thought Klein, Robertson, T'eo, Anzalone all played well overall.

CB is not a priority. We can win with what we have, along with another season of coaching under Aaron Glenn.

I feel pretty good with where we are at Safety as well. Hoping to see a little more impact from Vonn Bell next season. Kenny V can stay or go.

No issues with K or P. Status quo

QB - Brees will be back. I think Hill will too. I am not too sure about Daniel's future here. He might get replaced by a FA/rookie.

I think more so than ever, we have the ability to bring in the BPAs for FA or Draft.

tl;dr version: Maybe depth at OL and look to upgrade along the DL. Otherwise we are pretty set.
Show hidden low quality content