My Thoughts on Today's game (1 Viewer)

Offline
First off, let me congratulate the Saints on a 6-2 start and the leader of the NFC South division, I think we showed a hell of a lot of poise and courage today as we whupped the Bucs in their home staduim for the sweep. I think we passed it a bit too much today and that could hurt us later on as the season progresses and in the playoffs, but I have faith SEan Payton will address this problem as we go along. I think Drew Brees is the biggest FA pickup in a lot of years for this team probably since Jim Everett in 1994. He is a true leader and can make a good deal of smart plays for the offense, why did San Deigo let this guy go away is what Marty Ball is thinking right now and his Charger players?

Other things that stood out to me were that:

The Defense had a tendency to go soft in the 2nd quarter when Gradowski started getting on a roll and doing his miracle comeback thing or at least tried too. We cant let the jugular go away so much,we have to keep at it and keep hammerng away at opponents till they cant stand up anymore. WE have to have the killer insticnt and keep it in place.

Bush and McCallister were non factors for a lot of the game today, we have to let Deuce be himself and let him do his thing like he has done al these years now.

I think Deuce could get 1000 yards this year but he needs more reps and so does Bush for the matter ,and REggie has to learn that this isnt college anymore, you go through holes and not try to dance anymore, those days are over, this isnt USC anymore Reggie, be grateful you arent in Houston with the Texans becuase you might be doing worse their.


I think the LB core is much more improved then the stooges on Haslett watch. Shanle and Simenoueu and Danny Clark have stepped up and done a great job and maybe their overacheiving a bit, but their getting the job done and thats the important thing.

The D-line is a monster bunch of guys, Hollis Thomas is good and Will Smith and Charles Grant have really stepped up their game, keep it up boys.

Overall, we did good today, we passed like crazy and we need more balance to win in the playoffs , but I like what I am seeing from the team this year, we have done one hell of a job.

And oh yeah, Marques Colston is the ROY, Hell Drew Brees if he keeps it up maybe a MVP candidate by the tiem its over, he is one hell of a QB.

San Deigo made a big mistake to let him go, big time mistake

Offline
It looked like having Willie Whitehead back helped keep our d-line fresh today.
OP
OP

Offline
I think Willie White head contributions to the team have been overlooked for too long. he is a great back up DE and can be quite a good serviceable player in his own right. He does get overlooked by a few fans becuase he isnt a every down player on defense, but he is an Auburn boy, he plays hard and does his job, thats a important factor to think about too. 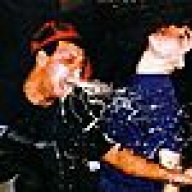 Offline
The Bucs were like an aging pack of Lions, to these young bull-elephants in heat season that is our Saints!

Offline
i'm wondering it whitehead was what changed in the middle of the 4th quarter in the panthers game, when did he get injured?

Crusader said:
The Bucs were like an aging pack of Lions, to these young bull-elephants in heat season that is our Saints!
Click to expand...

You have spent way too much time on the African water hole thread.
Show hidden low quality content

All of the NFC South teams will lose today. Next week will be like this week

Team took a step in the right direction today