Whenever Aaron Rodgers feels the need to celebrate a touchdown, he pulls out his signature "championship belt." The move has become so beloved, it spawned a string of ubiquitous commercials.

It also sparked a story idea. What if the NFL handed out a real championship belt to the best quarterback at the end of every season? Now, the Most Valuable Player award has essentially become a quarterback award (QBs have won eight of the last nine MVPs), but it only takes the regular season into account. There have been many instances of a presumptive MVP embarrassing himself in the playoffs, only to sheepishly accept the award several weeks later as two other quarterbacks prepare to battle in the Super Bowl.

Though playoff performance isn't everything, it certainly matters when examining a quarterback's entire body of work. And sometimes, MVP voters end up looking silly in retrospect for other reasons, like ignoring individuals who are forced to shoulder a bigger load on less talented teams. PointAfter, a sports visualization site in the Graphiq network, decided to do a bit of revisionist history and recognize the best quarterback of every NFL season dating back to 1980.

Regular season statistics such as passer rating, TD/INT ratio, completion percentage and passing yards were the driving factor in the decision-making process. But team success and postseason performance were also taken into account, since most of these guys determine their own goals based on those criteria. That's what true leaders do.
Click to expand...

Ranks the "Championship Belt Holding" QB's for every season since 1980.

Our own Drew Brees has a couple of his own in there.

Interesting "article" (read: slideshow.) Sorry it's in slideshow format. Last time I used deslideify it screwed up my browser, so if someone else would like to insert that link in the replies, I'd be more than appreciative since I can't seem to do it right.

Offline
The fact that Drew has never won and honestly may never win a league MVP is beyond ridiculous.

Offline
We get three of the next four Lombardi trophies; Drew goes into the sunset WITHOUT being the MVP... OR any more of their stupid endorsements, but has four rings, and the talking heads

have a conniption fit. Priceless!

He never won the AP MVP Award but he did win the Bert Bell Player of the Year Award in 2009. 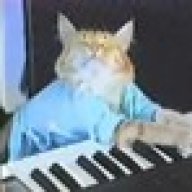 Agreed. If he played in the NFC East there's no way he wouldn't have won his deserved share. 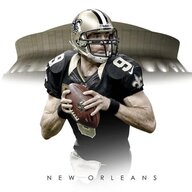 Offline
The fact that he hasn't won one, and Fig Newton HAS, is even worse.

Offline
He did get the final Miller Lite NFL Player of the Year in 2006.
Show hidden low quality content