be warned, it's a bit lengthy but definitely worth a read

Offline
I remember Mike D mentioning that Mueller had some interest in him,but his character issues would keep him from getting picked on the first day.
OP

Offline
the breaks that guy got are truly unbelievable. I can't believe someone would still want him around, no matter how talented he is.

Offline
I managed to get 3/4 of the way through it before I couldn't take anymore. What a disgusting punk.

"Sometimes," Allen said, "you have to give people a chance."
Click to expand...


really? how many chances is this dude going to get?

Offline
Makes it even worse to know that the guy who got the game-winning TD because of "the play" is a horrible, horrible person.

Offline
That is really a great read.

It does make me lose even more respect for society though. 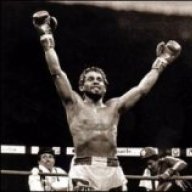 Offline
What a jerk, I hope KARMA bites him sometime.

jackers said:
It does make me lose even more respect for society though.

I was thinking the same thing reading the article. An article like this just goes to further illustrate how many big time athletes and celebrities simply don’t live in the same reality as the rest of us. No accountability, no repercussions, no consequences, no lessons learned. If any one of us had conducted ourselves the same way as Jerramy Stevens we would all be sitting in a jail cell as we speak. But because Stevens happens to be better at catching a football than most, he doesn’t have to live by the same laws and standards as the rest of us.

If Stevens were just an idiot who made self-destructive decisions it would be one thing, but if the article is to be believed (and I can’t see a reason why wouldn’t be) then it shows that he has a complete lack of regard for the safety, well-being and human rights of anyone else.

From his frequent and blatant vehicular violations, to his much evidenced (but unproven) sexual assault allegations, Jerramy Stevens has repeatedly put others in harms way while only looking out for himself. Yet because he has spent the bulk of his life being protected by coaches, teachers, lawyers, school administration and (according to the article) even prosecutors he will likely never have to face the consequences of his disregard. At least until he makes a mistake too large to be swept under the rug and he gets cast out into the “real” world.

Ask Michael Vick how fun it is living out here with the rest of us.

Offline
man i wonder how many more lives he has yet to ruin. i think he needs to upgrade by killing people when he is drinking and driving. this thug should be in his 5th year of jail time so far. he raped someone and been drinking and driving many times.
OP

Superfan said:
man i wonder how many more lives he has yet to ruin. i think he needs to upgrade by killing people when he is drinking and driving. this thug should be in his 5th year of jail time so far. he raped someone and been drinking and driving many times.
Click to expand...

Offline
how many drops did he have in that Superbowl? Joey Porter rattled his cage.

Offline
anybody else read the comments on the article at the bottom of the page? Wow,,,what a mess he has created.

BigRonJon said:
how many drops did he have in that Superbowl? Joey Porter rattled his cage.
Click to expand...

A lot. He did shoot his mouth off with Porter way way too much during the week leading up to the game. He was made to look like the punk he is.