Offline
Sticky Post
Wow. He was really good as a nickel CB in Jacksonville, then tried to move outside last year, I believe.
Click to expand...

gavinj said:
Payton targeted him, exposed him, and the Texans cut him because they realized every team they play was about to follow suit.
Click to expand...

Silly Texans - every team can't do what Sean and Drew do!


Seriously, I did read an article last week where after last season the Texans had expressed to Colvin he needed to improve.

Offline
Dude has been a bust! Giving up a TD pass to Taysom Hill has to be the last straw lol

los226 said:
Dude has been a bust! Giving up a TD pass to Taysom Hill has to be the last straw lol
Click to expand...

I have a feeling that won't be the only Receiving Touchdown Taysom has this year.... just a thought though.

SuperKid said:
Drew and Sean are ruthless, sending dudes to the un-employment line after just 1 week of Football?
Click to expand...

Reminds me of when CSP said, "Usama better get his *** back".

BiloxiSaint1 said:
Mickey will get Colvin to take the lent and he'd keep the bubble gum and nickel for later!
Click to expand... 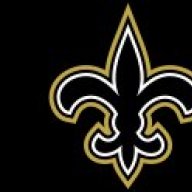 Offline
hell no I'd wouldn't spend a penny on this guy who given up 3tds in one game. would rather Crawley tbh, Payton kept him around for a reason

Online
Solomon: Why was Aaron Colvin even on the field for Texans?

Offline
Just for historical reference on this subject, the was a narrative floating from the Texans that everyone else except Colvin's man was covered. I think Baldy even mentions this in the below video. Granted, Colvin leaves Ginn open more than the rest, but I see three receivers who are open by Drew's standards. Besides Ginn at the Y receiver spot, the Z receiver on the right side appears open, and also I think it's Mike Thomas in the middle who has created enough space after he turns around to make the catch. The problem as I see it, is more the entire right side is in off man technique with the safeties way back in prevent. If Colvin would have covered Ginn perfectly, do any of you think Drew wouldn't have completed the pass to either the Z wr or MT13?

ETA:. When I look at it again, Mike looks pretty covered, but the Z looks open too.

Here is the video from Baldy:

Offline
I somehow doubt that we would target a guy as the weak link in an opponents pass defense and then target him as a free agent the very next week. I don't know much about this though. It could just be the master plan. ?

gavinj said:
He gave up the TD to Taysom, the TD to Tre Quan, and the last pass to Ted Ginn that set up the field goal, I think.
Click to expand...

Def the pass to Ginn happened because of him...

“One day after he was officially released by the Houston Texans, Colvin signed with the Washington Redskins.”