N/S Where do you see Cam and Jameis ending up? (1 Viewer) 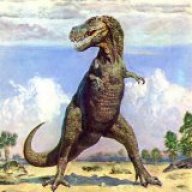 Offline
Sticky Post
Taking personal prejudices aside, these two guys are going to be had with little to no risk and both have a high ceiling.

Cam is a big question mark because of his health but he is worth taking a chance on.

Jameis is still very young and obviously has talent. A good offensive mind might see the challenge of turning him around being worth it.

Would you rather have Dalton over one of these two? I wouldn't. Dalton is a known, average commodity. Cam and Jameis at least have the potential to be something more.
Click to expand...

WhoDatSean said:
How did Cam go from taking the Panthers to the Super Bowl to tanking so fast? Smh. I feel like this guy has just gotten his head beat in and he’s lost the drive. Not that I’m complaining about it lol.
Click to expand...

Injuries derailed him, serious shoulder injury and then a Lis Franc.

WhoDatSean said:
How did Cam go from taking the Panthers to the Super Bowl to tanking so fast? Smh. I feel like this guy has just gotten his head beat in and he’s lost the drive. Not that I’m complaining about it lol.
Click to expand...

Cam’s career has been derailed because he is a big guy running the football who took a ton of hits. That’s why exciting young QB’s who rely on their legs have a quick expiration date.

Offline
Los, someone should have told John Elway that because throughout most, at least in the 1980s Broncos part of his career, many of those great comebacks, last-second, heart-stopping wins he pulled off for Denver to send them to 3 SB's was largely due to his mobility and his powerful arm. Most fans today aren't aware of just how dangerous Elway was as a mobile QB the first 6-7 years of his career in Denver. Sure, he had good defenses, but they were complimentary pieces to the puzzle explaining Denver winning 3 AFCCG's in 4 years in mid-late 80s.

Steve Young disagrees, so does Fran Tarkenton and both of them played in and one of them (Young) won SBs. Both legendary QBs played well into their late 30s in an era where it was almost unheard of. Both men are in the Hall of Fame.

Roger Staubach says hi, too. Warren Moon gives his regards as well. Moon wasn't some insane Flutie-esque scrambler but he was a very mobile QB certainly capable of making things happen with his legs in college at Washington, the CFL's Edmonton Eskimos, and early on with the Houston Oilers. Both of these former starting QBs are also in the Hall of Fame.

Randall Cunningham would like to have a word with you, too. He won a few MVP awards in his time for his Micheal Vick prototype superstar athleticism in Philly for nearly a decade.

JMHO, I think it's plausible that Cam's issues may have as much to do with losing a bit of his psychological edge and some of his intensity after he and Carolina got their respective arses kicked by Denver in SB 50. I agree the nagging shoulder problems and Lis Franc injury last year exarcebated situations, but I truly believe Cam's self-confidence, esteem, inner-drive was seriously damaged after that loss and it trickled down to the team as a whole. Also, when Carolina drafted Christian McCaffrey and he emerged as this powerful dual-threat RB, the focus and direction of the offense was shifted away from him and gradually he lost some of the main focus for the first time in his entire career with the Panthers.

There were numerous moments this season where I witnessed Panthers
offense operating and executing arguably more efficiently without Cam that if they had had a Garropollo or Matthew Stafford-esque veteran QB at the helm, they might've won more games than with an untested career backup in Kyle Allen.

Offline
If I were going to take a shot on one of them, I’d pick Jameis 10 out of 10 times.

MV2 said:
Cam I wouldnt sign with his age and injury history.

Winston has all the physical tools, he just needs to get it right between his ears. For a good price I'd be very intrigued. I mean he had 5,000 yards and 33 TDs. There's obviously some talent there. Just have to limit the mistakes.

Dalton has less injury concerns than Cam, but how much has the Bengals dysfunctional environment affected him? He looked good early on, but that organization is a dumpster fire.

Bottom line, if I have a QB and I could sit Winston behind a veteran I'd choose Winston.
Click to expand...

He has 5000yds because he is a gunslinger. In order to limit his mistakes he needs to take less chances which will impact his productivity.

Also, the guy is basically mentally handicapped. I just don't see the upside in Winston at all. I don't think he makes a decent backup.

Online
I could see Dalton with the Pats, and being decently successful with that defense backing him up. If they pick up a little on the O-Line and in a few weapons in the draft... He wouldn't be asked to do too much there.

Saintman2884 said:
Warren Moon gives his regards as well. Moon wasn't some insane Flutie-esque scrambler but he was a very mobile QB certainly capable of making things happen with his legs in college at Washington, the CFL's Edmonton Eskimos, and early on with the Houston Oilers. Both of these former starting QBs are also in the Hall of Fame.
Click to expand...

I never really thought of Moon as a scrambler... he just threw lasers, both in terms of accuracy and arm strength. He was one hell of a cerebral QB too. It is a shame race kept him from joining the NFL earlier. I mean the guy was booed in Washington before he wowed the fans, same in Houston. Why? Same reason he started in the CFL and not the NFL... because people just didn't believe a black man could be a quality QB, the thought wasn't just pervasive among fans, obviously NFL front offices felt the same way. Was EASILY the best QB in the 78 draft.

Offline
In his own, humble way, both with his intelligence, high football IQ, his very cerebral style of Breaking down opposing defenses, adapting to different defensive adjustments, and versatility towards blending into various different types of offenses, not just the run-and-shoot he perfected with the Oilers, Warren Moon was sort of a precursor to Brees. Brees, in football terms has many of the same mental mannerisms, habits that Moon exhibited. Brees doesn't share Moon's powerful arm but I could certainly envision late 80's/early 90's prime Oilers Moon succeeding tremendously in Peyton's complex, elaborate offense. It takes a very sharp, focused mind to run Paytons offense and Warren Moon is on a very short list of NFL QB's over the past 30 years who I believe would or could've been capable of running it seamlessly.

Offline
Moon running the Saints offend would be incredible. Always loved Moon as a QB.
Cam I think sits out. He has a pretty major shoulder injury which has limited him and a lisfranc is never a certain injury to come back from, certainly for a guy who is as big as Cam who likes to run. Also, his hot potato antics in the super bowl have defined him as a player.
Winston will end up somewhere, possibly as a starter. However the best thing that could happen to him is to go unsigned for a while. His problems are more about being careless and making poor decisions. A slice of humble pie would be good for him. The guy has great talent and is young, but hideous decision making skills.

Offline
What’s weird is that out of all the places that seem like the best fit for Winston would be Tampa Bay. 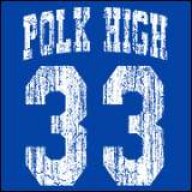