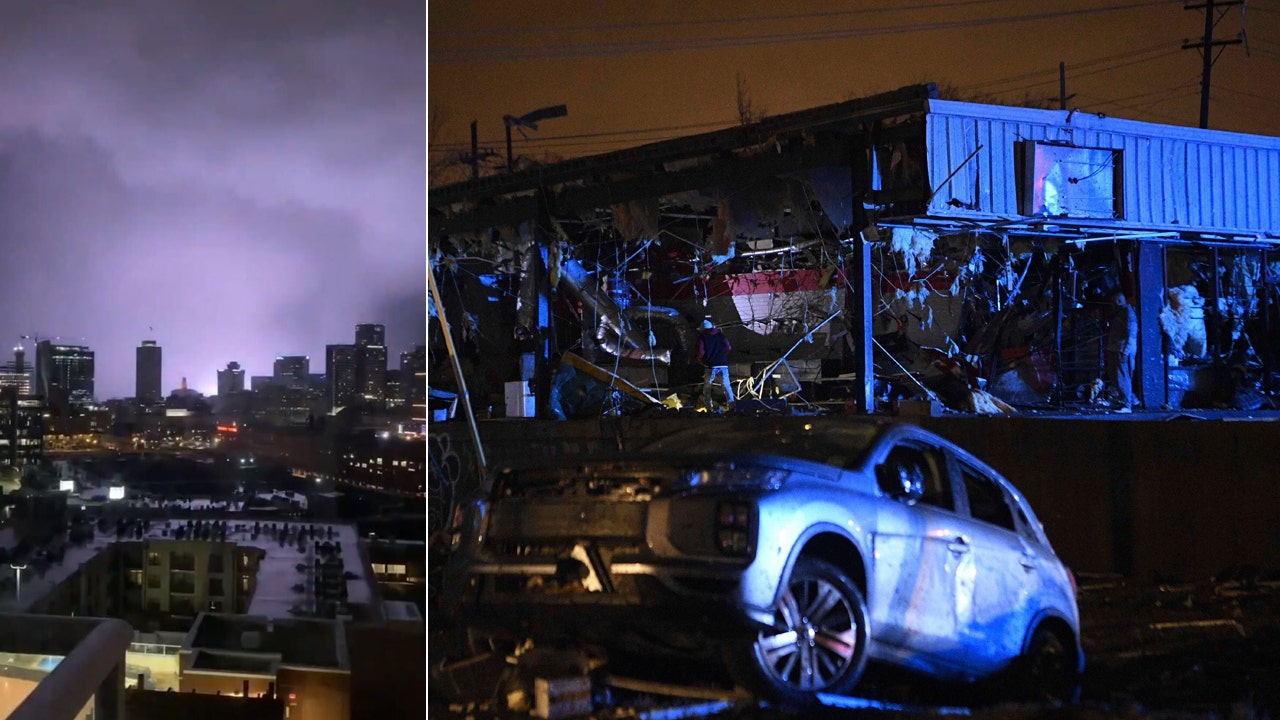 A powerful storm system produced at least two tornadoes that struck central Tennessee early on Tuesday morning, including one that caused significant damage near downtown Nashville and killed several people.

Prayers for their families.

Online
Frightening indeed. Prayers for the families and community there having to recover from this.

Denzien said:
It's crazy - normally they just show demolished trailers, but these are brick and mortar buildings.
Click to expand...

It looks like it went threw the city itself. The article stated that some of the electrical substations were damaged also so many will be without power for at least a few days.

Was this forecasted? Or one of those anomalous events??

Reminds me of the NO tornados a few years back in Feb. (not as devastating tho)
OP
OP

Was this forecasted? Or one of those anomalous events??

Reminds me of the NO tornados a few years back in Feb. (not as devastating tho)
Click to expand...

I heard there were warnings earlier of the possibility, however when one is spotted by radar or a visual report there is only minues at most to get into a "safe" place

Offline
This tornado will be studied for years. I'm not going to say it was a freak tornado or out of nowhere because we knew there was a chance.

To put in perspective, strong long track tornadoes in Tn have always been with dewpoints at or above 63 and most in the upper 60's. I can't find any that happened below 63. Last night the dewpoints were 57. Pretty crazy anomoly for something that significant. Everything else looked really good. I was actually think that a brief tornado would be surprising.

Offline
Nashville must not have the latest radar technology that the DFW area has. Here in DFW they broadcast incoming storms like a sporting event and the radar system picks up threats of tornado's before they form. This a a network of small near surface radars that have incredible accuracy. They look for the hooks in the leading edge of storms cells for tornado indicators.

There is a video of a tower crane operator up in the cab during the storm which kinda tells me they did not have any advance warning of this storm. He thought he was done for but luckily the storm did not hit him.

Offline
There is some sort of system in Nashville. Everyone in the line of the storm in the Nashville metro area got phone alerts that no doubt saved a bunch of lives. Once it left the suburban county east of Nashville it skipped over many miles before hitting Cookeville. There the cell towers apparently were taken out very early and the same warning system could not call as many people. And that is where most of the deaths happened.
It also happened at 1 and 2 in the morning when most people were asleep.

It is also sort of weird/interesting that Nashville has had 3 huge tornados in the last 100 years. One in the 1930s, one in 1998, and one last week. They all have taken a very similar trek, and all crossed the exact same point in the city where they each caused tremendous destruction: East Nashville and more specifically the 5 Points area. Just sort of weird because if you know Nashville you could still see some of the effects of the 1998 tornado in terms of where buildings were rebuilt and that sort of thing and then this tornado took the same basic path.
Show hidden low quality content