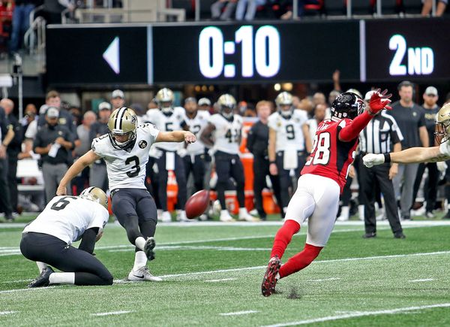 The NBC broadcast of Sunday’s game between the New Orleans Saints and Minnesota Vikings will feature something that should be recognizable to golf fans.

NBC announced in a statement Thursday (Oct. 25) that it would debut a “field goal tracer” on its Sunday Night Football broadcast as a supplement to the “SNF Kicks” graphic it rolled out for the game between the Chiefs and Patriots a few weeks ago.

In addition to providing statistics on the field goal kicks as it did with the “SNF Kicks” graphic — things like ball speed, height at the apex of the ball’s flight and how long the kick would have been good from — NBC will now track the path of the kicks in flight, similar to the way NBC broadcasts track golf balls after they’re struck. ...