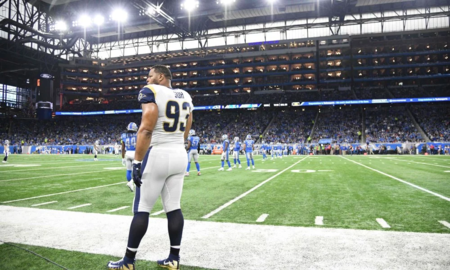 The New Orleans Saints tried to make a splash in free agency last season by courting defensive tackle Ndamukong Suh, but to no avail. Suh chose to sign with the Los Angeles Rams instead, where he played beneath his standards and ultimately lost Super Bowl LIII. You hate to see it.

But the Saints could go for a second try with Suh. His one-year, $14 million contract with the Rams is set to expire, and his stock isn’t as high as it was a year ago. A contract projection from Spotrac estimates his value at three years, $27.9 million with an average salary of around $9.3 million. That’s reasonable to say the least, and compares well to other players of Suh’s stature such as Carolina Panthers starter Dontari Poe ($9.33 million per year) and Detroit Lions stud Damon Harrison ($9.25 million). If accurate, that number is well within the Saints’ budget. ...