Offline
If he ever shows up in the city, someone please spit in his food!
http://mediamatters.org/items/200802010015?f=h_latest

Oh yeah, we are garbage too.

Offline
I'm not going to lie. If I ever saw him, I'd honestly beat him senseless. At least until his face was the same look and feel as the inside of a pumpkin. 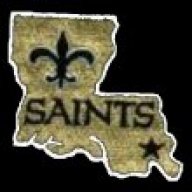 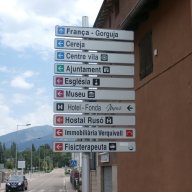 Offline
I would not characterize a whole city llike Boortz didi, but there were a lot of people in N.O who were like that, just like in any major metro area. America does have a group of people who live off of welfare and have never tried to better themselves. If you do not believe this you are kidding yourselves. I used to teach their kids, I know. Ask public school teachers about crazy checks and the joke of alternative education. Many alternative schools are babysitting druggies and thugs. I know because I saw it.

Offline
I say anything that brings light to a problem is not all bad.

Offline
I listen to Boortz almost every day. I think he was quoted out of context. I have never heard him make the generaliztions you speak of. Usually, when he shows his disgust this way, it is usually directed towards a specific group of individuals.

His descriptions are sometimes harsh, but I don't find him to be a racist. In fact, a lot of times he is pretty accurate. He is the Minister of the Church of the painful Truth. I think he enjoys "stirring it up". He is an Equal Opportunity Offender....

He has his opinion. It is no more ridiculous then some that I hear from the other side.

Garbage is flying in all directions. It is election year.

Offline
Racist is the only way to describe this diatribe.

Offline
Clear case of scum in search of ratings..... BTW what ever happened with that insurance claims guy who wrote that article about NO in the Insurance gazette thing??

Offline
This is conservatism.

Offline
Jimmy, Neil Boartz may be many things but being a conservative he is not. Like three said he is an equal opportunity offender, Personally I think he is scum for these comments about New Orleans. One time he called out Cynthia McKinney for her hair style and said she looked stupid and we all know people did not like McKinney for her actions in Congress and subsequent foot in mouth comments.

Jimmy, Those two IF you ask me deserve each other, both him and McKinney. I think both of them are silly and I think their both ridiculous. Boartz is just the normal average shock jock dude, he will say anything outrageous if it gets him ratings and controversy, good or bad. WE can debate the merits or morality of it all and its a stupid comment, but thats the nature of who he is.

I mean Jimmy I can be a little obnoxious about Ted Kennedy because he is so easy to make fun of or be such a lightning rod for criticism but at least I can respect the Kennedy name and heritage. You would be hard pressed to find me any body else's family name that has had that kind of impact on American politics, I mean Kennedy is a brand name and you respect that notoriety

No, it was just an butt crevasse

Rickboy said:
No, it was just an butt crevasse
Click to expand...

But you have to admit that it isn't liberals who score political points by attacking the people of the Gulf Coast for how they behaved, behave, or for living there. I mean it feeds into their basic philosophy - the government has no responsibility to help citizens (i.e. build levies correctly), and the subtle racism has been a mantra of conservative politics for over 40 years. And hey - conservatives almost always carry southeast Louisiana, and always carry the Gulf Coast. So you get what you want.

Offline
I listened to the audio clip, and don't have a problem with it.

Offline
Jim, its interesting you mention that because the South was heavily democratic for nearly 100 years after the Civil War, then a funny thing happened, the Democratic Solid South became Republican. Its an issue that had been talked at ad nauseum since two importnat events: The Civil War and the 1964 Civil Rights Act, when the latter was signed by LBJ, his party kissed the south good bye, he even said so to one of his aides, Bill Moyers at the time it was signed. Reb could tell you just the same. The South has a tradition of having populist politicians but not making it for everybody, call it racism, which it may be, or demanding a better explanation then the one I am giving. Many Southerners hated being forced back into the Union after the Civil War and then being from their perspective forced to accept integration in the 60's. Too much baggage, Jimmy. You have too many people in the South I think that remember the events of carpet baggers and opportunists who exploited them after the Civil War. that hate is not easily removed. Many civil rights workers were called carpet baggers and opportunists in the 60's and the word liberal has come to mean something from the North and/ or someone who wants to change the South. that sentiment may not be as strong as it once was, but it still exists I think in many parts of the South.

Too many memories and too much baggage, Jimmy. Its 150 years in the making and God only knows when it will end.
Just giving a historical perspective on it Jim's comments

hammernnails said:
Clear case of scum in search of ratings..... BTW what ever happened with that insurance claims guy who wrote that article about NO in the Insurance gazette thing??
Click to expand...


SaintsFanJeff said:
I listened to the audio clip, and don't have a problem with it.
Click to expand...