Saw an ad for this today and am completely intrigued by the subject. Also, Netflix has a ton of credit with me after HoC, Bloodline, and Daredevil to name a few.
Click to expand...

Offline
2 episodes in, its great so far.

nolaspe said:
Ajicao is fantastic. Had some pandebono yesterday my Dad brought in town for me... The renaults still roll there, but the 4's, 5's, 6's, and 12's aren't seen that much anymore.
Click to expand...

Mmmmm....pandebono. sancocho. bandeja paisa. arepas. Now I will need to go eat Colombian food when I'm in Houston next. We have a Colombian restaurant here in Austin but it's not that good.

When I was in Cali (Colombia obviously, not California), we used to go get fresh pandebono every morning.

CapitalCitySaint said:
Mmmmm....pandebono. sancocho. bandeja paisa. arepas. Now I will need to go eat Colombian food when I'm in Houston next. We have a Colombian restaurant here in Austin but it's not that good.

When I was in Cali (Colombia obviously, not California), we used to go get fresh pandebono every morning.
Click to expand...

What is the name of the Columbian restaurant here in Austin?

Offline
I checked out the first episode last night. I thought it was well-written, well-acted, and well-produced (they really got down the look and feel of the years they were depicting). Also, I liked the narration by the gringo DEA agent - gave the show a "Goodfellas" vibe.

Saintree River said:
What is the name of the Columbian restaurant here in Austin?
Click to expand...

Casa Colombia. There is also a Colombian food truck called Patakon but I've never been.

Online
After watching the first two episodes I'm really digging it. There are some inconsistencies that just don't add up. The one that bugs me the most is in the second episode when Poison is driving the money and gets the phone call from Pablo to turn around, he jerks the car off the road onto a dirt road. While on the dirt road the tires continued to squeal as if they are still on asphault. Ok, seriously though, it is well written.

This is the Colombian version of the show. When I was watching this show I realized just how much potential it had. The problem is the entire thing was in spanish, no English and while some actors were really good, it also had some that were really bad that could have made a big difference. You can tell Netflix saw the same thing I saw, potential with some changes directed toward an American audience that they could have a hit on their hands. They use many scenes that are almost identical, even the conversations are very similar. If I were the producers of El Patron Del Mar I'd already have a lawsuit filed. It sure appears as though Netflix is using all the leg work that was put into that series and just rearranging some things. The biggest differences between the two is the narrative and views from the DEA point of view, the Colombian series put more time into allowing the viewer to get to know the victim making it much harder to feel like rooting for Pablo. It also showed just how ruthless Pablo was. Then again, I can't imagine a Colombian TV show portray Pablo Escobar any other way.

The next big difference is the speed at which the series moves. I felt like the Colombian series dragged on heavily at times. Netflix has certainly sped up the actions and reduced down the side narratives which is good. The problem here is the Netflix series has covered in 2 episodes what the Colombian series covered in 2 seasons. Hey, that is awesome right now but I already know what is going to happen when this hit becomes a success. Netflix is going to extend the series by several seasons and by that time they will have to extend out the subplots so far it will become a giant soap opera like so many other series have.

I expect this series will be amazing through the first and maybe second season. I'd also expect that after that it's going to go bat **** crazy. 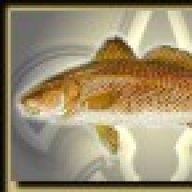 Offline
Love it but had no idea it would go into another season.

Offline
Watched the entire first season. Compelling television. Awesome show. This is a cautionary tale of how greed destroys. When enough is never enough.

SaintsFanInLA said:
Watched the entire first season. Compelling television. Awesome show. This is a cautionary tale of how greed destroys. When enough is never enough.
Click to expand...

Yep, it's almost like having a backstage pass to Congress.

Offline
Is it better than Medellin?

DCSaints_Fan said:
Is it better than Medellin?

Offline
I watched the 1st episode last night. The show has potential.

GeauxWhoDats said:
I watched the 1st episode last night. The show has potential.
Click to expand...

Dude, you will binge watch the show. It's eminently watchable. Even having known some of it and exactly how it ends, you still watch every moment.

Then I found myself doing research to see what was reportedly factual. Very interesting stuff. VERY.

Offline
I thought it was very good.

Looking very forward to Jake Gyllanhall's "the man who made it snow" which should arrive late next year as well.

Online
This series is amazing! I started it on Friday night (after reading this thread), and am done with all but 2 episodes tonight.

The show is amazing, so no need to bring up what has already been spoken of, but, you know how during playoff basketball, or during every Saints game people say stuff like, "These refs are corrupt!" And then somebody always chimes in with, "Soccer refs are worse." Well American politics are dirty, but South American politics are our problems on steroids. The curruption is taken up a few more notches.