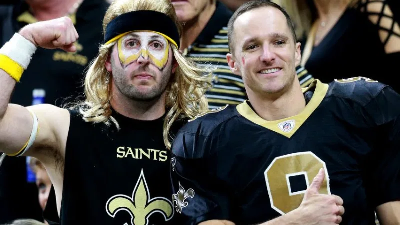 The Saints and New Orleans are engaged in a public battle of passive aggression that would make even Dinner Party Michael and Jan say, “This is awkward.”

The Saints have said they’ll play at LSU if New Orleans continues to refuse to let them play in the Superdome. On Thursday, New Orleans mayor LaToya Cantrell actually endorsed the possibility of the Saints relocating to Baton Rouge as soon as October 25 against Carolina, the Saints’ next home game.

“I think that that could be a great place temporarily,” Cantrell said Thursday, via Nola.com. “It is an outdoor stadium. They are allowing fans in the stadium, but right now, there is no way, given the current conditions, to allow 20,000 fans in the Superdome — an indoor stadium — when no one else is doing it in the United States of America, because it’s the right thing to do at this time.”

Thursday at 9:03 PM
Dan in Lafayette