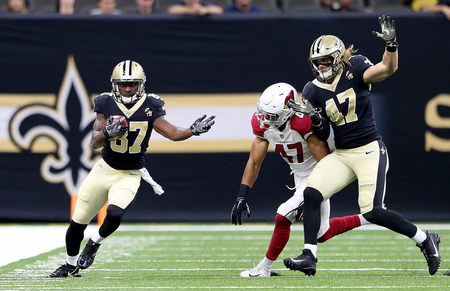 We’re less than two weeks away from final roster cuts (Sept. 1) and the race to win jobs has entered the stretch drive.

Truth be told, only a handful of jobs are left to be won. And the next two weeks of practice and exhibition action will go a long way in determining those spots.

The make-up of the roster will likely differ from previous years to reflect the improved depth along the defensive line and at cornerback. The suspension of Mark Ingram and injury to Alex Okafor also could have an effect on the numbers. It’s all about finding the best 53.

Here’s my Saints 53-man roster projection (picks in bold) three weeks into camp with two preseason games down and two to play: ...