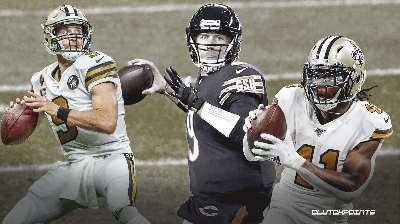 The 4-2 New Orleans Saints will travel to the Windy City in Week 8 to take on the 5-2 Chicago Bears at Soldier Field.

The Saints enter Week 8 on a three-game winning streak, with wins over the Detroit Lions, Los Angeles Chargers and Carolina Panthers.

The Bears, meanwhile, are coming off a blowout loss to the Los Angeles Rams on Monday Night Football. Chicago looked awful on both sides of the ball.

The Saints are 5-0 against the Bears since 2011. They are favored to win in Chicago by the oddsmakers since the Bears are struggling on offense and the Saints have one of the better offenses in the league with Drew Brees and Alvin Kamara leading the way.

With the Saints-Bears game almost here, let’s take a look at four bold predictions for the contest from a New Orleans perspective.