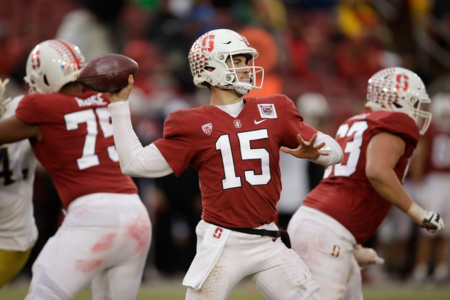 With eight picks in the 2021 NFL Draft, the Saints could take some swings to get their quarterback. Unless they perform a massive trade up from pick 28, none of these potential quarterbacks are going to be locks to be the franchise quarterback.

Davis Mills could be the best-kept secret of this year’s draft. A toolsy quarterback who had a very strong pro day, Mills may surprise people with how early he is picked.

When a team needs their quarterback, they may not be willing to wait to see if he’s still there. Mills would be in a great position to sit behind Hill and Winston and then take the reins when he becomes ready. It’s best to get toolsy quarterbacks early and let them develop, so the Saints aren’t taking any chances here and are getting their guy early.