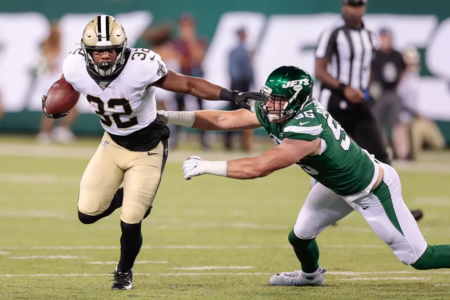 The NFC South’s reputation as the NFL’s most balanced division has taken a hit.

The New Orleans Saints’ two-year run as division champion, including a dominant showing in 2018, has left other teams eager to prove there is still competitively even in the South.

The NFC South’s depth was impressive in 2017, when the Saints, Falcons and Panthers made the playoffs. Last year was different. Led by quarterback Drew Brees and running back Alvin Kamara, the Saints were the division’s only team to finish with a winning record. ...
Last edited: Aug 26, 2019
Click to expand...