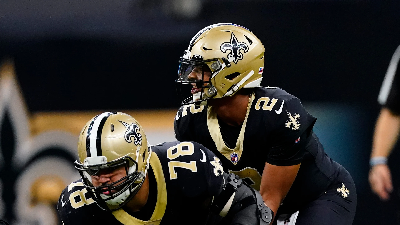 New Orleans Saints Coach Sean Payton wasn't any more inclined Wednesday than he was on Monday to divulge his intention on who will, or won't, be starting at quarterback Sunday when the Saints (7-2) face Atlanta (3-6) in the Mercedes-Benz Superdome.

"No updates," Payton said during his teleconference.

Starting quarterback Drew Brees, experiencing significant discomfort, pulled himself from New Orleans' last game, a 27-13 victory over San Francisco in the Superdome, at halftime. Jameis Winston started the second half at quarterback for the Saints, and Taysom Hill also sprinkled in for several snaps as the Saints won their sixth straight game and maintained their lead in the NFC South Division.

Regardless of who plays, Payton said the goal is the same.

"We want efficient play from that position," he said.

"I think the one thing we'll always do here is highlight the strengths of whoever's playing any position. Not just quarterback."