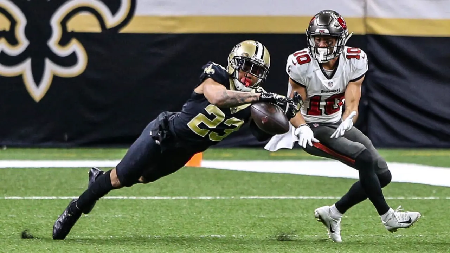 Marshon Lattimore acknowledged a desire to be more consistent entering last season and now, it's a word the New Orleans Saints cornerback hopes to have laid to rest.

"I feel like the consistency is there. A lot of people just ran with that, with I'm inconsistent. Like, plays happen. Stuff happens. We're all in the league for a reason and sometimes they might get me. Of course, I don't want them to, but I think people just ran with that, the me being inconsistent thing. Because I feel like I'm the best in the league."