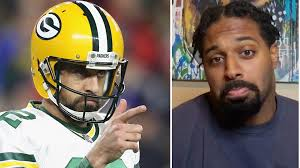 Though Aaron Rodgers is under contract with the Green Bay Packers through the 2022 season, he is expected to be one of the hottest commodities in the NFL in the coming months. Rodgers is currently mulling over his options for the future, whether that be retiring, forcing a trade, or returning to the Packers.

Either way, several teams will make a run at the likely four-time NFL MVP. Though the New Orleans Saints do not have a coach right now, star defensive end Cam Jordan misleading the charge in recruiting Rodgers.

“I mean, I heard he had some rifts with his last head coach, so I’m just saying, maybe come pick one out,” Jordan said on ESPN’s Get Up. “He gets with Mrs. B, Mr.s Gayle Benson, he gets with Mickey (Loomis) — I’m not sure what kind of access top tier quarterbacks get. I’m a defensive end. I just worry about hitting the next quarterback. But, you know, quarterbacks usually have a little bit more executive say than so-said defensive players. I’m just saying, this could probably help us out in the long run.”

With former head coach Sean Payton recently making the shocking decision to step away from football for the foreseeable future, landing Rodgers in any way would be the jolt of hope the Saints fandom needs. ...