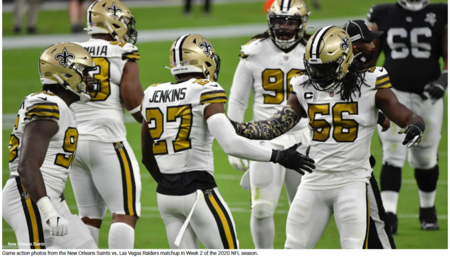 Demario Davis wasn't in much of a rocket-science-y mode Wednesday morning.

The New Orleans Saints' All-Pro linebacker was all nuts and bolts, meat and potatoes, block and tackle as he reflected on the Saints' 34-24 loss to the Las Vegas on Monday night at Allegiant Stadium.

The Raiders were successful on 10 of 17 third-down attempts – and also converted both fourth-down attempts – as Las Vegas was able to run 76 offensive plays and post a staggering 36:18 in time of possession.