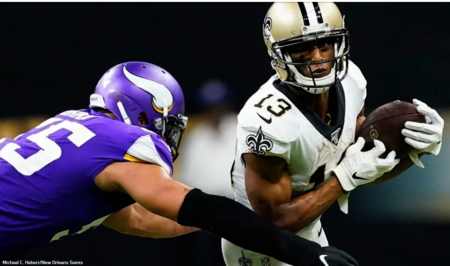 The wound is fresh for the New Orleans Saints, as well it should be.

The team believed it possessed the ingredients for a run to the Super Bowl; more, players believed theirs was the best team in the NFL. So, falling short of the goal – losing 26-20 in overtime to Minnesota, in their NFC Wild Card game in the Mercedes-Benz Superdome – obviously was a devastating blow to a team that has won 11, 13 and 13 regular-season games the last three seasons.

But the disappointment totally can’t, and shouldn’t, mask the myriad successes the Saints (13-4) achieved in the 2019 season, during which NFL records were broken, standout performers were uncovered and New Orleans won a third consecutive NFC South Division title, the first time in franchise history the team has won three straight division championships.