This will be Part 2 of a two-part series where I break down the New Orleans Saints you should have on your radar entering your fantasy football draft. Because I’m a fan of alliteration, I’ve created groups known as Stars, Steals, Sleepers, and Stay the #$%@ Away. In each Part, I will give you one player in each category from the Saints. First, definitions of each group:

Star – The upper echelon of fantasy performers. Elite across all positions.

Stay the #$%@ Away – Overvalued or high potential to be a dud. 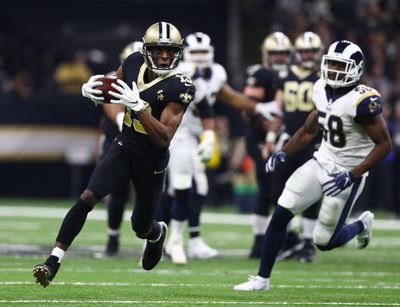 Michael Thomas just keeps getting better. In 2018, Thomas set career marks in receiving yards, touchdowns, and catch rate, and led the entire league in receptions. What’s even scarier to think about: he might get even better.

Last season, it’s incredible to think about Thomas’s production considering opposing defenses were able to focus almost solely on Thomas as a pass-catcher. In 2019, opposing defenses won’t have that luxury with Jared Cook lining up in the slot. With defenders having to respect Alvin Kamara’s abilities in the passing game, Jared Cook as an elite pass-catching tight end, and Taysom Hill as the ultimate Swiss Army Knife on the offense, things should open up even more for Thomas and double-digit touchdowns could very well be in sight.

With consensus ADP rankings showing Thomas going off the board around 10th overall, draft Thomas with your first pick in the back end of round one with confidence. 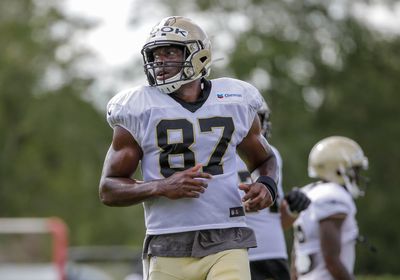 Speaking of Jared Cook, he’s going far too late at 73rd overall at a relatively shallow position. Last year, Cook put up 896 receiving yards and 6 touchdowns with Derek Carr as his quarterback in Oakland. We’ve seen what having Drew Brees can do for a player’s stats (just look at Ted Ginn Jr.’s last year in Carolina and his first year in New Orleans if you want an example), so I wouldn’t expect a significant drop-off from Cook’s production with the Saints.

While the presence of Michael Thomas obviously impacts Cook’s ceiling, don’t forget that Cook played a significant amount of time with the Raiders before the team traded away Amari Cooper to the Dallas Cowboys. A 2012 Jimmy Graham caliber season (982 yards and 9 TDs) is definitely possible, and I’d much rather grab Cook at 73rd overall than someone like Eric Ebron at at 68th. 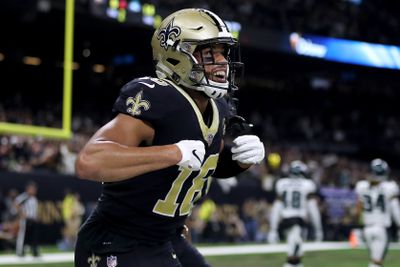 Of all of the Wide Receivers on the Saints who could be the biggest star alongside Michael Thomas, my money is on 2018 UDFA Keith Kirkwood. Now that the Cameron Meredith experiment is over in New Orleans, many fans and analysts believe Ted Ginn Jr. to be the de facto #2 receiver for the Saints. Not so fast.

Ginn’s role is best served as a speeder to take the top off the defense and open things up in the middle of the field. In Drew Brees’s tenure with the Saints, he has always thrived with a productive wide receiver in the slot (think Lance Moore). With Meredith gone, Kirkwood could very well be “the guy” to man the slot now. At 395th overall, there’s not much risk taking Kirkwood as a bench piece, and he’s an even better add in Best Ball drafts. If Thomas can be the Marques Colston of the team in 2019, and Cook represents Jimmy Graham, then the Lance Moore comparison is more than appropriate, and Moore’s 2010 numbers (763 yards and 8 TDs) are definitely possible. 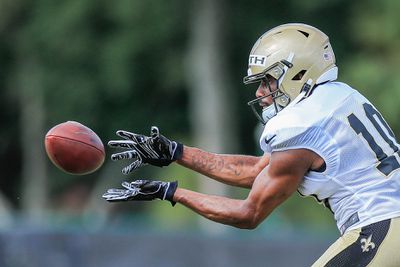 If I’m saying the 1-3 wide receivers for the Saints are Michael Thomas, Keith Kirkwood, and Ted Ginn Jr., that doesn’t really leave much room for Tre’Quan Smith. The 2018 3rd Round pick was largely inconsistent last season, and many expect a significant step forward in 2019.

For me, I’d rather stay away. Between Thomas, Kirkwood, and Ginn, plus the aforementioned Cook and the excellent pass-catcher Kamara, there just are going to be too many mouths to feed for Tre’Quan to likely find enough production to be consistently fantasy relevant. At 197th overall, I’d much rather add a player like rookie Deebo Samuel out of San Francisco on my bench (ADP of 199th overall) and find someone who might have #1 upside than someone like Tre’Quan, who at best is likely the #4 option in the passing game.