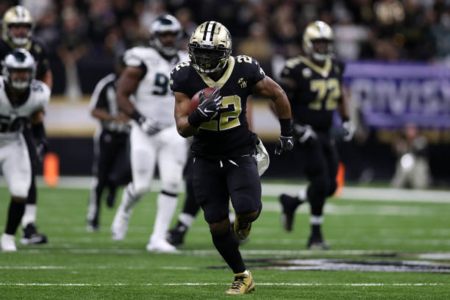 After two years of devastating playoff exits, the New Orleans Saints find themselves in a state of flux. They went “all in” in 2018 only to find defeat in the NFC Championship game. Free agent signings and trades have left the Saints front office in a conundrum. The championship window being held open by Drew Brees is closing, and the Saints lack the resources to shore up weak areas. In order to overcome the disappointment of the past two seasons, the Saints must re-sign their own free agents. The two most important are Mark Ingram and Wil Lutz.

New Orleans Saints Free Agency: Players Who Need to Be Re-Signed
The Draft and the Cap

New Orleans sacrificed this years’ draft. Aggressive trades have left the Saints with a depleted draft stock. Their first pick doesn’t come until the end of the second round. It will be the team’s lone pick in the first four rounds. The Saints do have two picks in each of round five, six, and seven. However, with the Saints’ considerable depth, the team will be hard-pressed to find someone to make the final 53-man roster, much less a difference maker. ...