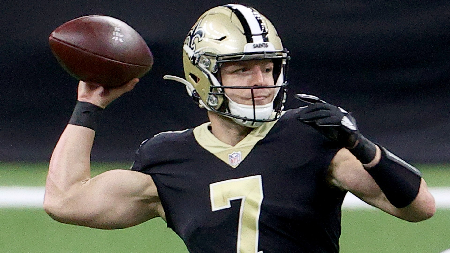 What is the latest from the New Orleans Saints' injury report, including updates on RB Alvin
Kamara, RB Mark Ingram, and QB Taysom Hill?

The New Orleans Saints‘ injury report has been the subject of much attention heading into Week 13. After both Alvin Kamara and Mark Ingram missed last week, as well as reports that new starting QB Taysom Hill is struggling with a plantar fascia injury, what is the latest injury news coming out of New Orleans ahead of Thursday Night Football?

After the Saints were without both of their lead RBs last week, their first injury report for Week 13 was important to see. Both Kamara and Ingram saw upgrades to their statuses to open the week. The Saints listed Kamara as a limited participant on both Monday and Tuesday after being a non-participant last week.

Saturday at 10:49 PM
Dan in Lafayette