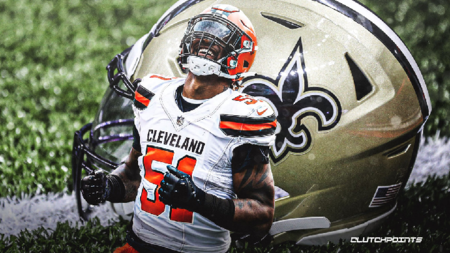 The New England Patriots could have multiple defensive players leave in free agency and the New Orleans Saints could be interested in one of them. With a need at linebacker, New Orleans is likely to have an interest in Jamie Collins when free agency gets underway.

Currently, the only reliable linebacker on the Saints’ roster is Demario Davis. Besides Davis, A.J. Klein is an impending free agent and Kiko Alonso could be released in favor of creating more cap space.

As for Collins, he put himself into a decent position this offseason after returning to the Patriots in 2019. Collins began his career as a second-round selection for New England in the 2013 NFL Draft.