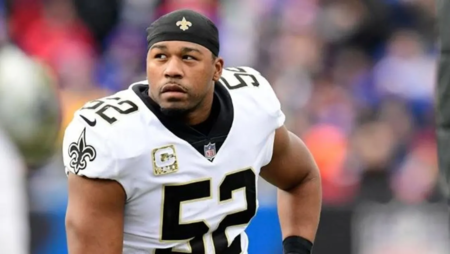 For the time being, there's no decimation to speak of.

Of course, contact on the field hasn't commenced, and the NFL season isn't officially slated to kick off for the New Orleans Saints until Sept. 13.

But today, the team's linebacker corps is somewhat intact, and that's much more than can be said for what happened to the unit last season.

Then-rookie Kaden Elliss was injured and lost for the season in preseason. Alex Anzalone made it through the first two regular-season games before an injury ended his season. Kiko Alonso got through the regular season, but tore his ACL in the Wild Card playoff game loss to Minnesota.

So linebacker Craig Robertson can't help but like what he sees as the Saints enter the weight lifting and conditioning phase that will precede pads and contact in a couple of weeks. Two of the three aforementioned teammates (Anzalone and Elliss) are available, while Alonso currently is on the Physically Unable to Perform list, with the hope that he also will return. ...