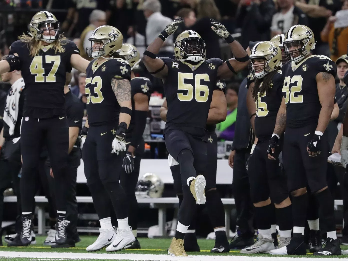 Defense: What used to be a dreadful conversation is no more, as the New Orleans Saints turned it around. Backed by a great trio of LBs, let's see how the group took shape.

During the 2018 NFL season, the New Orleans Saints got quite a surprise on the defensive side of the football. In 2017, the play of the linebackers was atrocious. Due to injury and mediocre performance the group was the shortcoming of an otherwise stellar defense.

Players were targeted, and others returned from injury during the 2018 offseason that turned this group into one of the best LB cores in the league. Now, with the 2019 season just over 50 days away, the Saints hope the group can continue to dominate and become yet another anchor of this daunting defense.

Murmurs and whispers through training camp spoke of a solid group of linebackers that would help stop the bleeding of a historically weak Saints defense. After drafting Alex Anzalone from the Florida Gators in the 2017 draft and signing Manti Te’o and A.J. Klein in free agency, the group looked like it had potential.