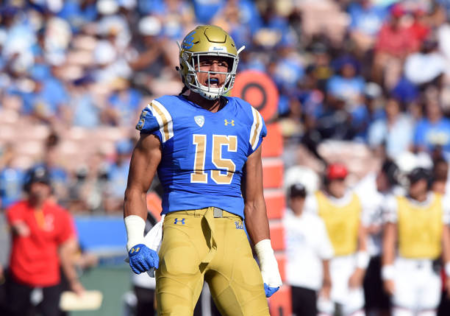 This article looks at various mock drafts from around the prominent NFL media. Last Word on Sports, CBS Sports, Pro Football Focus, NBC Sports, and ESPN have mock drafts currently available on their sites. The players selected are divided by offense and defense.

Last Word on Sports has the Saints taking defensive tackle Christian Barmore out of Alabama. Barmore might be seen as a stretch at the 28th pick. NBC Sports is the only other publication reviewed for this article that has a first-round grade on Barmore. Barmore is a massive tackle, standing 6-foot-5 and weighing over 300 pounds. The Saints lost Trey Hendrickson and Sheldon Rankins to free agency so a defensive lineman is a need.

CBS Sports also mocks a defensive lineman for the Saints. CBS has the Saints taking Jaelan Phillips at the 28th pick. It is doubtful that a true EDGE rusher lasts this long in the draft but if he does, the Saints do need a rusher to pair with Cameron Jordan. ESPN’s Mel Kiper has Phillips going as high as the 18th pick. Should Phillips fall, the Saints would likely jump on the opportunity to draft him.

Pro Football Focus has the Saints taking a cornerback at the 28th pick. With Janoris Jenkins leaving via free agency, the Saints need someone to pair along with Marshon Lattimore. PFF has the Saints selecting Asante Samuel, Jr out of Florida State. No other reviewed publication has a first-round grade on Samuel at this time. It will be interesting to see what the Saints do if both Barmore and Samuel are available at the 28th pick. ...