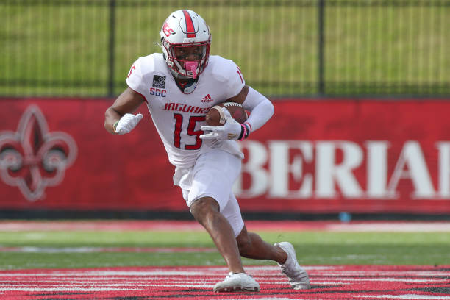 Of all the teams in the NFL, the New Orleans Saints are undergoing severe offensive changes, especially with their receivers. The retirement of quarterback Drew Brees would hit the franchise hard, no matter how little he had left in the tank. The Saints didn’t bring back their leading receiver in Emmanuel Sanders or top tight end in Jared Cook. Their star receiver Michael Thomas only played in seven games this past season due to nagging injuries. There will almost no doubt that Thomas will get back to his elite level of productivity in 2021. Even with an All-Pro caliber performance from Thomas, New Orleans will need more help from the Saints passing game from other receivers and tight ends.

Since being drafted in the third round of the 2018 NFL Draft, the Saints have expected Tre’QyN Smith to step up as the number two deep threat receiver. While he has made strides this past season by playing in 14 games and ten starts, Smith has not asserted himself as a key playmaker for the offense. In three seasons, Smith has caught 80 receptions on 119 targets for 1,109 yards and 14 touchdowns. He has never accumulated more than 448 yards and five touchdowns in a single. With a new quarterback starting under center, the Saints could use a breakout year from Smith in the upcoming 2021 season. Smith is also playing in the last year of his rookie contract. A breakout season would give him a solid new deal for the foreseeable future with New Orleans