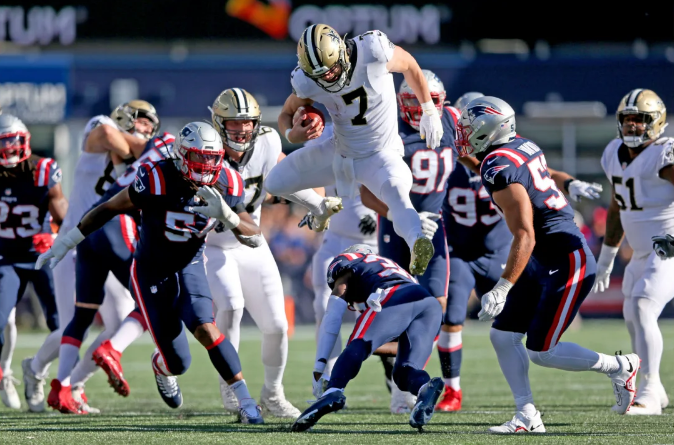 Foxborough, Mass. – The New Orleans Saints aren't so much concerned with the aesthetics as they are with the scoreboard.

On it Sunday, it said the Saints posted a 28-13 victory over New England at Gillette Stadium. And with that, the team raised its record to 2-1 and took its postgame flight back to New Orleans, the first time the Saints have returned home since evacuating ahead of Hurricane Ida on Aug. 28.

While the modern Saints fan may not be accustomed to seeing the team win in ways that are so defensively minded and dominated, they are accustomed to the Saints winning. And for the second time in its first three games, that's exactly what New Orleans did.

OFFENSE: Any day with no turnovers is a good day. Perhaps, not a spectacular one, as evidenced by New Orleans' 252 yards of offense and 110 net passing yards. But three touchdowns in four trips to the red zone, and touchdowns on both goal-to-go situations, is the kind of efficiency needed until the offense finds its flow. Jameis Winston was efficient enough (13 of 21 for 128 yards and two touchdowns, with no interceptions). ...