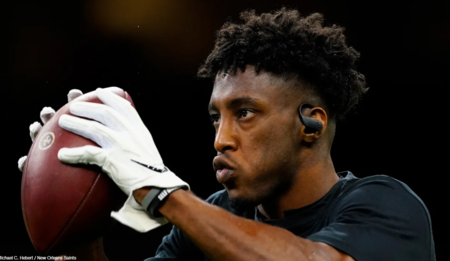 On Thursday, the only concrete declaration that could be made regarding New Orleans Saints receiver Michael Thomas was that Thomas, the NFL's Offensive Player of the Year in 2019 and a two-time All-Pro, did not practice due to an ankle injury.

But if the Saints, 1-0 entering their Monday night football road game against the Las Vegas Raiders at Allegiant Stadium in Paradise, Nev., are forced to face the Raiders (1-0) without the NFL record holder for single-season receptions (149 last season), they have the mentality to do so.

It wouldn't be the first time New Orleans has missed a critical component, or two, and managed to navigate around the absence.

"Every week, guys are ready to play," Kamara explained. "Unfortunately with Mike, we don't know the status, but it's a next man up mentality. Guys in practice and working hard, everybody takes pride in knowing what to do in case somebody goes down. Drew went down last year. I went down. It is what it is, you've got to keep moving." ...