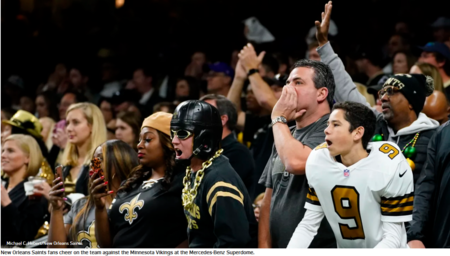 The New Orleans Saints were recognized as having the best overall fan experience in the NFL for the third consecutive season (2017-2019 NFL Seasons). Despite false and misleading claims recently made by representatives from other NFL teams to the media, the NFL's League Observation Program and third party Expert Review Audits of all 32 NFL Teams resulted in the Saints, once again, receiving the highest overall score for Fan Gameday Satisfaction in the NFL.