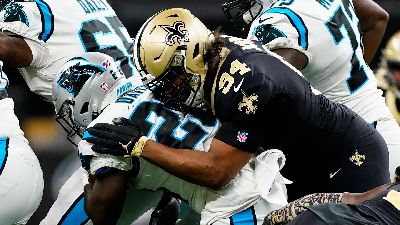 The best way to frame it is, it's a grown-man thing.

Defensively, the New Orleans Saints simply will not allow a breakout running day, from a team or individual.

Proof of the latter: The Saints have not allowed a 100-yard runner in 49 consecutive games, a streak that dates to Washington's Samaje Perine gaining 117 on Nov. 19, 2017.

"We take pride in that, especially if you're an interior guy," defensive tackle Sheldon Rankins said. "Rushing the passer is great, I love to do that with the best of them.