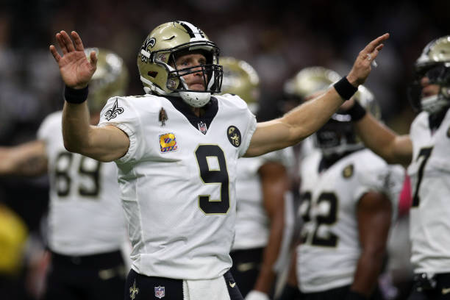 Drew Brees is still the toast of the city of New Orleans this week. Brees broke one of the most prestigious of passing records for NFL quarterbacks in the history of the league. Certainly, the New Orleans Saints are ecstatic to have the league’s all-time leader in passing yardage. Additionally, his accuracy over his entire career is second to none. Still, there is still some unfinished business. The Saints stand at 4-1 coming into a bye week after a paramount beatdown of the Washington Redskins on Monday Night Football. Now the Saints must prepare for a high-power stretch of six road games in the next nine total.
New Orleans Saints Schedule: Drew Brees and Company Must Become Road Warriors

Under Sean Payton there have been numerous successes. Last year, in particular, was one of his finest coaching jobs to date. Turning a team that went through three 7-9 seasons into a legitimate playoff contender was quite an accomplishment. Still, there is one thing that eludes the Black and Gold over the course of the last 10 years. Since that glorious run in 2009 when the Saints won the Super Bowl. the road has been difficult “literally.” ...