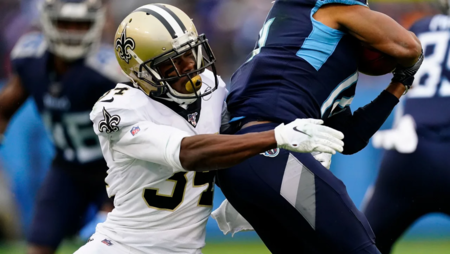 Originally, Justin Hardee Sr. wasn't much more than a great underdog story, the undrafted-college-receiver-turned-NFL-defensive-back who hustled his way into a roster spot as a special teamer for the New Orleans Saints after being released by Houston prior to the 2017 regular season.

But Hardee has proven to be as much of an achiever as an overachiever, and he continued that career arc Friday, when he agreed to terms on a contract that will keep him with the New Orleans Saints in 2020.

In three previous seasons, Hardee played in 46 regular-season games and led the Saints with 24 special teams tackles. He also blocked a punt, caught a 10-yard pass and defensively, he intercepted a pass and returned it 77 yards, defended two passes and had 15 solo tackles.

It didn't go unnoticed, and not only from the Saints. ...