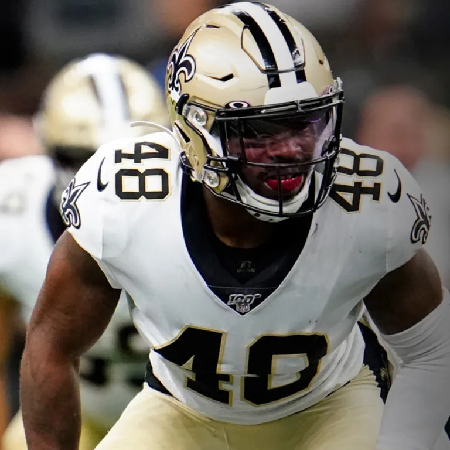 Two New Orleans Saints were voted to The Associated Press All-Pro Team, it was announced Friday, Jan. 14. Defensive back J.T. Gray (special teams ) was voted onto the first team and linebacker Demario Davis was voted onto the second team. It marks the fifth consecutive season the club has had at least one All-Pro selection.

Gray, 6 feet, 202 pounds, was originally signed by New Orleans as an undrafted free agent out of Mississippi State in 2018. Selected to the Pro Bowl for the first time in his career, this marks the second time he is an All-Pro selection, having first earned second-team honors in 2019. Voted by his teammates as the team's special teams captain as he set a new career-high with 19 special teams tackles (NFL-best 16 solo) to lead the entire league, playing in 16 of 17 contests. Gray has appeared in 53 regular season games since 2018, posting 43 stops, a blocked punt and a fumble recovery.