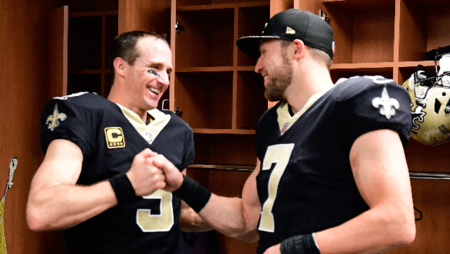 Granted – and this point must be emphasized – there hasn't been an issuance of a creed that says Brees won't dance for another two, three or four seasons. Few players in NFL history, or in the history of sports for that matter, have beat back the ravages of time as effectively as has Brees, who has completed 73.5 percent of his passes, for 82 touchdowns and 17 interceptions, over his last three seasons, when he played at the ages of 38, 39 and 40.