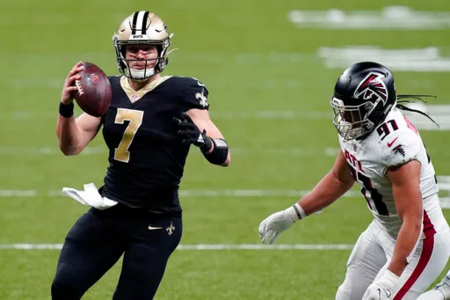 Which team will get the victory?

Check out these Week 13 NFL picks and predictions for the game, which can be seen at 11 a.m. Arizona time on Fox.

CBS Sports: Saints a 3-point favorite in the game

John Breech writes: "The Saints have dominated this rivalry over the past two years going 5-1 both straight-up and ATS in their past six games against the Falcons. The Saints have also covered in four straight games this season, including the past two without Drew Brees. Speaking of Brees, the Saints are 7-0 both straight-up and ATS without him since the start of last season. As for the Falcons, they're 11-3 ATS In their past 14 games as a home underdog, which includes their Week 12 game where they covered in a win over a Raiders team that was favored by three." ...

Oh man! I think the Saints will take this but, it will not be as easy. Falcons have game film to watch. They will look for Taysoms strength and weakness. I am sure they will analyze the Denver defense.

However, Taysom will be in his 3rd game. He's gaining experience.

SAINTS 35
Falcons 23
Teams now have a couple of games of film on Hill and that is going to make it tougher on him. I think a Saints win will have to be a relatively low scoring game that the Saints D up to win.
Show hidden low quality content