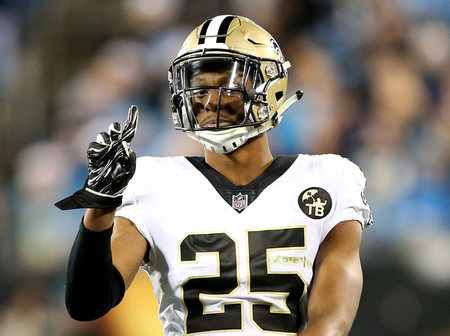 There is plenty on the line for both the New Orleans Saints and the Pittsburgh Steelers when they meet in the Superdome this week.

The Steelers are trying to hold on to a half-game lead in the AFC North with two games to play, but it goes beyond that. If they falter in New Orleans, they could potentially be leapfrogged not only in the division race, but in the Wild Card race as well.

The Saints, meanwhile, can lock up home field advantage with a win Sunday. While they could still close it out in Week 17, getting it out of the way this week would allow them some flexibility to rest some players in the season's final week.

What promises to be an intense matchup carries its fair share of interesting personnel battles on the field, too.

Really, this is all about New Orleans defensive backs Marshon Lattimore and Eli Apple against Pittsburgh wide receivers Antonio Brown and JuJu Smith-Schuster, and this has the feeling of the type of matchup that could play a central role in the outcome of the game. ...