New Orleans Saints were unable to take advantage of momentum, field position provided by interception | Turning Point of the Game for Week 12 (1 Viewer) 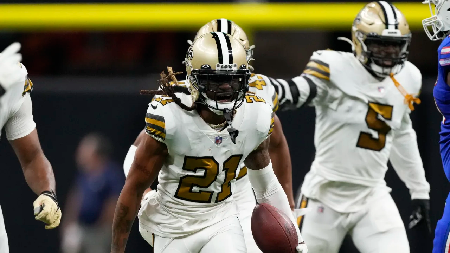 The New Orleans Saints were within reach.
The final score, a 31-6 loss to Buffalo on Thanksgiving night in the Caesars Superdome, suggests the opposite. The Saints didn't manage to score until the first play of the fourth quarter, after falling behind 24-0, and by then the game was well in hand for the Bills.

But before New Orleans (5-6) lost its fourth straight game, there was a point in the second quarter when Buffalo's 10-0 lead wasn't nearly as ominous as the margin later would become.

The Bills, in fact, had possession and opened their drive at their 26-yard line with 6:08 left in the first half. Buffalo went backward on its first play, a holding penalty, but after completions of 12 and seven yards on second and third down, it gained a first down at the 37. And from there, a 4-yard run put the Bills at second-and-6 from the 41 with 3:19 left in the half.

But just as it appeared Buffalo was driving for another scoring opportunity, New Orleans' defense stepped up. Quarterback Josh Allen looked for Stephon Diggs on a pass to his right, but Saints cornerback Bradley Roby read the play perfectly and sliced into position for his first interception as a Saint. After a 2-yard return to his own 49-yard line, New Orleans was first-and-10 from there with 3:13 left in the half.


That was as good as it got for the offense on the drive.

Saturday at 10:49 PM
Dan in Lafayette