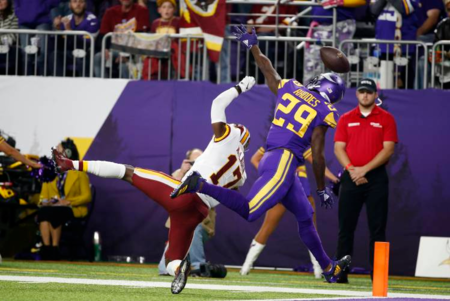 His newfound right to seek a replay, however, went unexercised. The email Zimmer received earlier in the day from the NFL, containing current statistics on the experimental penalty reviews, had already dashed that hope.

“They haven’t overturned any, so I said, ‘Screw it,’ ” Zimmer said after Minnesota beat Washington on Oct. 24.

None of the 11 reviews of defensive pass interference calls around the league over the first nine weeks of the season resulted in a reversal, with officials ordered to adhere to a standard of “clear and obvious visual evidence” for any overturns. There were 63 pass interference replay reviews overall, including 26 for offense and 37 for defense and 22 for calls and 41 for non-calls. Only nine resulted in a reversal.